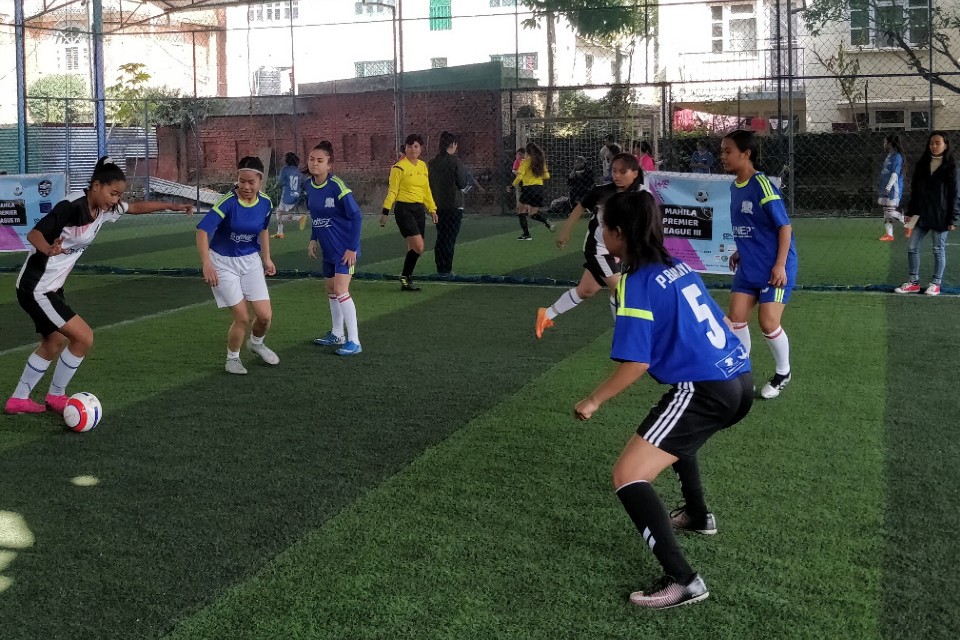 The third week of the Mahila Premier League III (MPLIII) presented by The WE United Project has ended with 38 goals scored in Grassroots Recreational Center, Mandikatar.

Dhuku Futsal, Futsal Arena and Lakhur Futsal all sharing 10 points each in 2nd, 3rd and 4th position separately by just the goal difference.

Second match was very competitive with Lakhur Futsal coming back from 1-0 to win 1-3 over ABC Football Academy. Kumari Futsal had a very comfortable win over The Mighty Mahilas by 9-1 goals, Pooja Rana and Anu Lama both with 4 goals each.

Mahila Premier League is organized by The WE United Project and sponsored by European Union.

The top three teams with the most points will be awarded prizes contributed by WE United’s sponsors such as R.B. Diamond Jewellers, Gorkha Aesthetics, Samsara Designs, Shambala Hotel, The Last Resort, London Pub, Furniture Land, Kumari Futsal, Fire and Ice, Urban Food, Unibic and Bluebird Hotel, all of whom have stepped up to support our vision to empower women through sports. 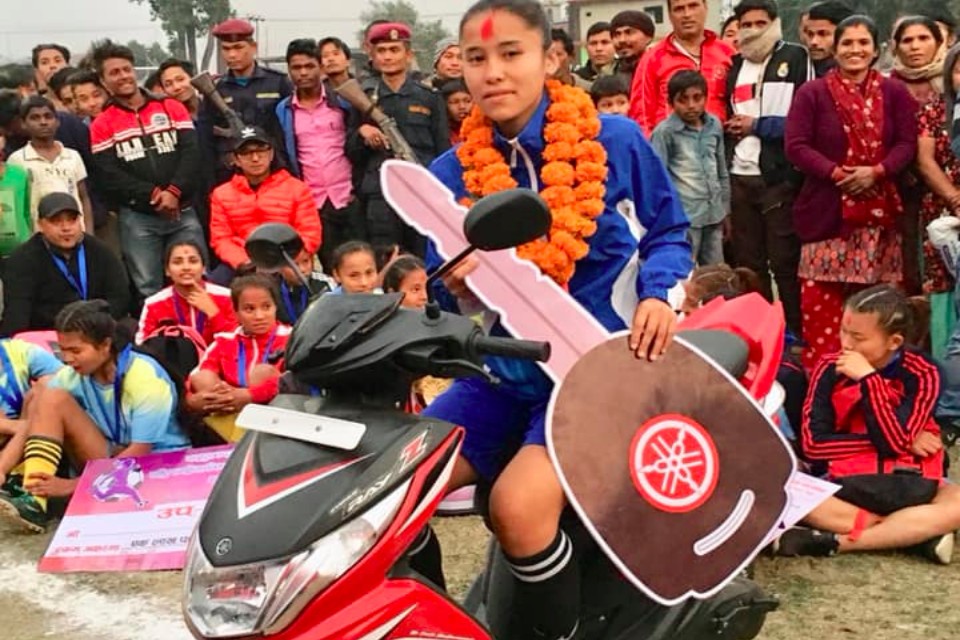