Kakarvitta football training centre is organizing the championship, which has a winning Nrs 50,000. 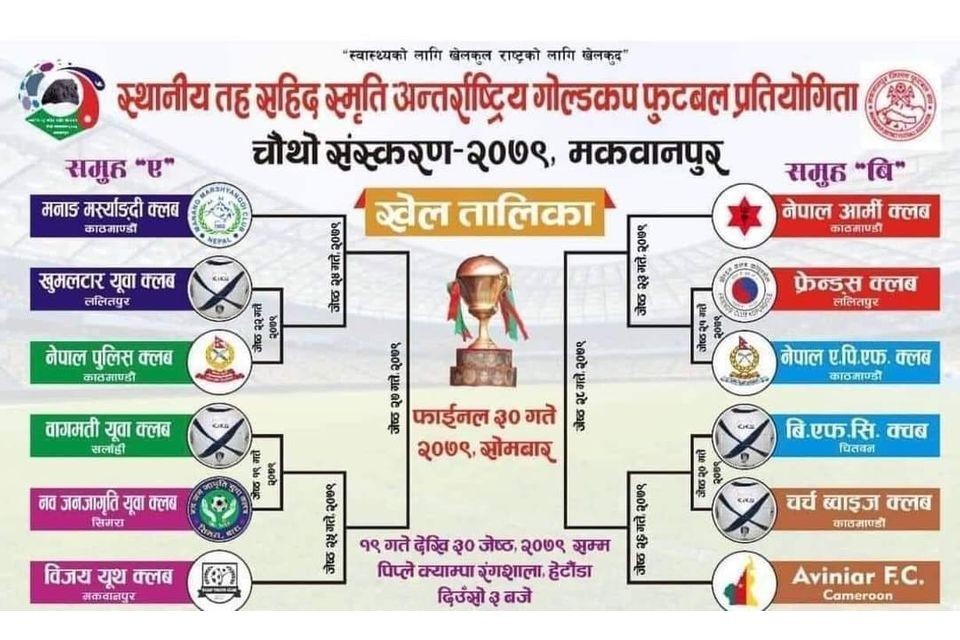