ANFA ANFA President Karma Tsering Sherpa: Our Teams Have Become Capable To Fight With Any Team 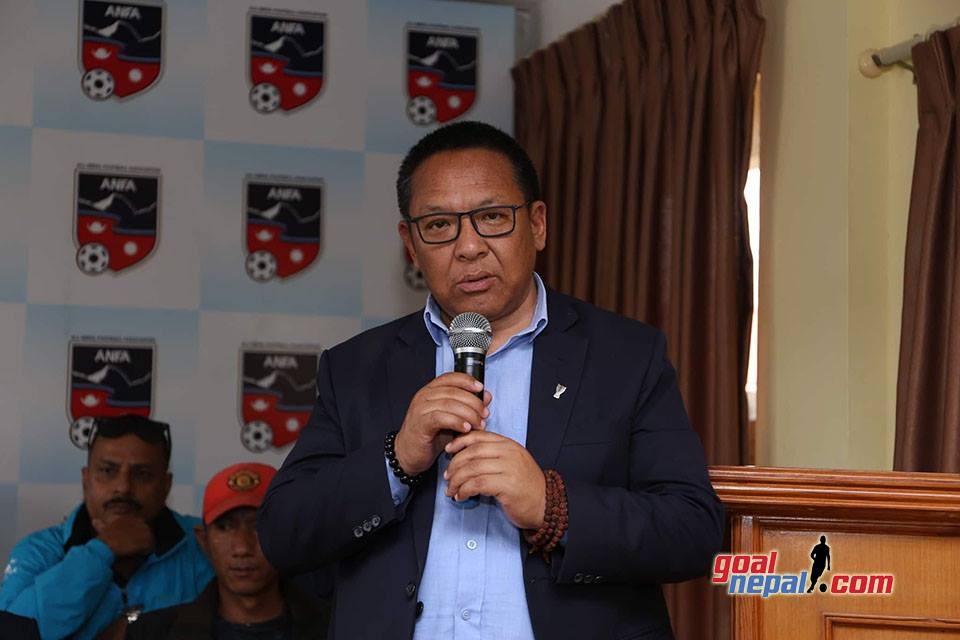 ANFA President Karma Tsering Sherpa believes that Nepalese teams are capable to fight with any team.
Speaking in the farewell program held at ANFA Complex, Satdobato on Wednesday, he said, "Our men's team are through to next round of 2022 FIFA world cup Qatar and AFC Asian Cup 2023. Our U19 women's team have also made it to the second round. This is a great achievement for us. It gave us immense happiness but at the same time we, administrators, have additional responsibilities and challenges for preparation. To beat the challenge, we kept U19 Women's Team in a training camp for a longer period. According to U19 coach, the camp has been useful to the team and they are ready to give their best. Besides that, we have also planned two friendlies in Chendu with China U-15 National Women's Team and age group team from Chendu State. I hope, the friendlies will help to build up your confidence."

"I think our teams have now become capable to fight with any team whether its is Myanmar, Uzbekistan or Australia. I believe our team can achieve good result against one team and can leave good image against two teams. ", President Sherpa motivated the team.

"We have been lobbying to improve our teams at international level also. We have proposed about SAFF quota and South Asain level school champions to bridge the gap with international players."

"Give your best, you will definitely achieve results. I request you to be disciplined, to play to enhance nation's pride and to perform in such a way that secures players' future", the President wished good luck before concluding.
Post Comments