The disgruntled officials left the meeting after ANFA president Karma Tsering Sherpa said he didn't want to dampen the relationship between Qatar FA and ANFA by stretching the issue.

Coach Abdullah is sent by Qatar FA under strategic partnership with ANFA.

Coach Abdullah said he had resigned from the post due to Pankaj Nembang as he had made drama for three weeks. Nembang however denied AA claims.

"I have asked ANFA to investigate the issue properly. I have already said I will resign from the post if I am found guilty. I would also make up my mind if coach AA says sorry on his Facebook post. Today, exco meeting failed to make bold decision in the case", said Nembang at ANFA complex.

He added that coach AA had come to the meeting but had left in a furious mood.

"He came to the meeting but he left in a furious note after hearing an application filed by journalists. In my case, he has breached his discipline. ANFA needs to take action. ANFA president said he couldn't take action so we left the meeting. We will accept any decision made by the meeting because there are majority votes. I strongly feel that coaches need to be disciplined. I still suggest ANFA to solve the issue. They need to make bold decision", said Nembang.

ANFA however has diverted the case to sports ministry. 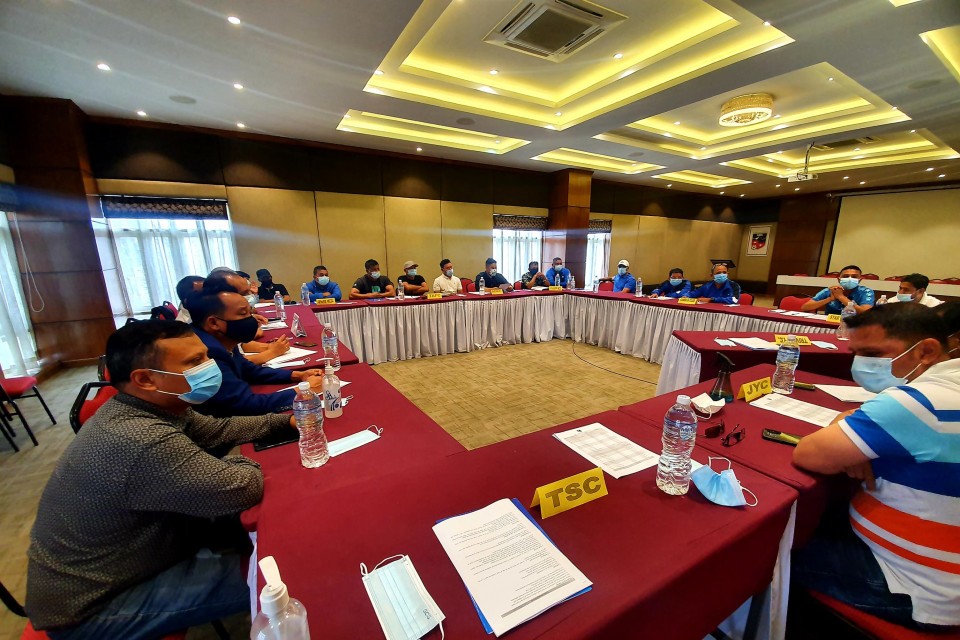