Rohan Karki became the player of the match.

In the first semifinal match, hosts Arnakhadi will play against Tashi Boys Urlabari on Wednesday.

Arnakhadi yuwa samuha is organizing the championship, which has a winning purse of NRs 50,000. 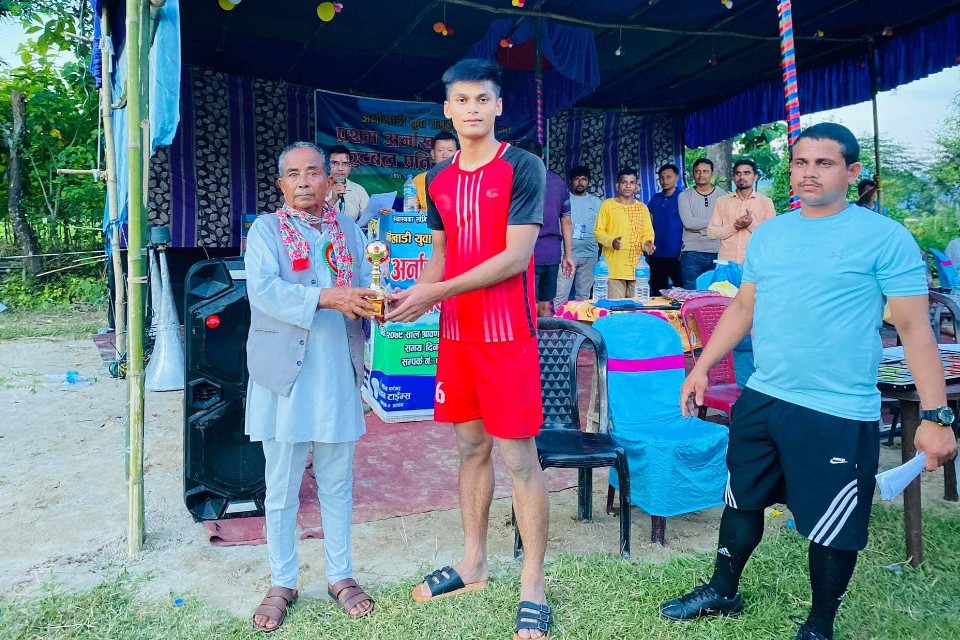