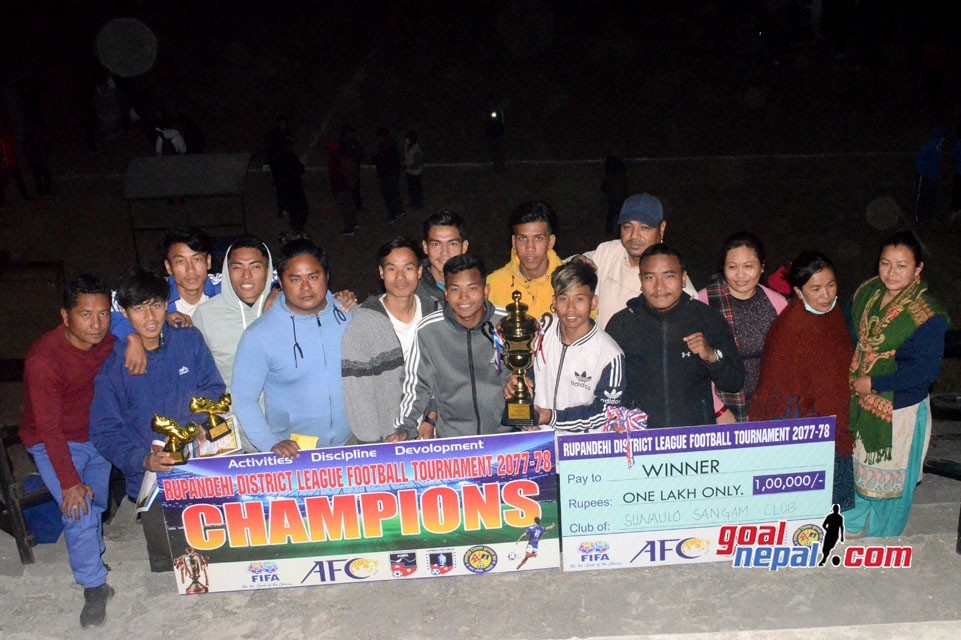 The Rupandehi District League Football Tournament was won by Sunaulo Sangam Youth Club. Despite the fact that Sunaulo did not play on the last day of the league, they were crowned winners due to a fortunate outcome.

With a win on the final day of the league, the second-placed Gorkha Boys Sports Club would have clinched the title. Sunaulo, however, maintained one point ahead of Gorkha and won the league after Gorkha lost 3-1 against Saubhagya Youth Club in that match.

Sunaulo finished first in the round-robin league tournament with 20 points from nine games. With 19 points, the Gurkha Boys came in second.

Similarly, Jharna moved up to third place with 18 points, while Butwal United remained in fourth place with 16 points. Butwal United and Jharna met in the league's final match. The match ended in a 3-2 victory for Jharna.

Sunaulo, the league winner, will now play in the state league for Rupendehi. This season, Bhupu Sainik Sports Club and Chandni Youth Club were relegated from the league. The league's top eight teams will compete next season. Farsatikar Youth Club, DMC, Saubhagya Youth Club, and Lisnu Youth Club are also among the top eight teams. 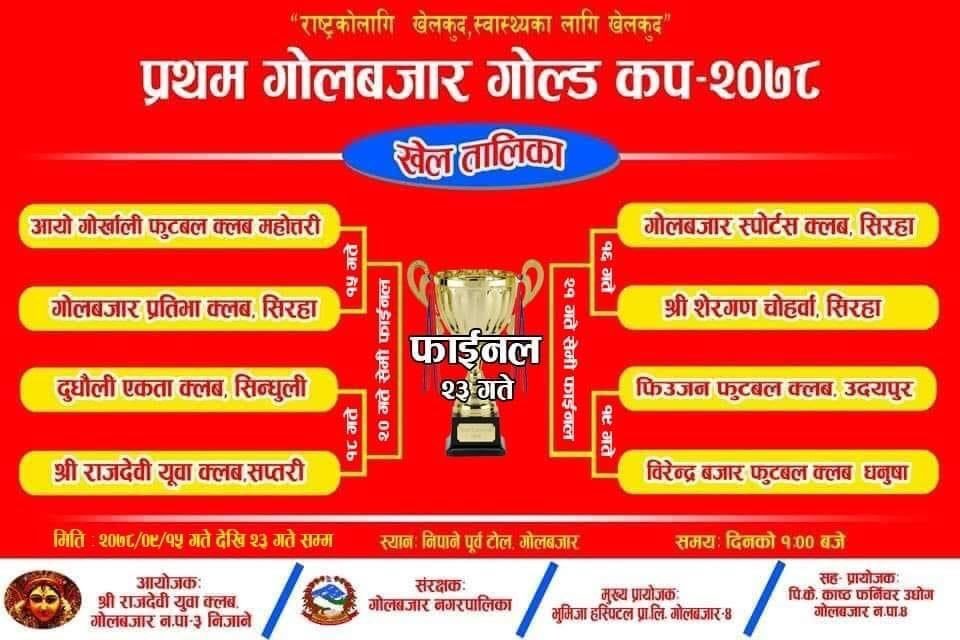 Previous Siraha: First Ever Golbazar Gold Cup From December 30
Next Nepal To Play Two Friendlies Against Mauritius In Kathmandu