Ritik Khadka and Mausam Karki scored apiece for the winners. Niraj Chaudhary scored one for Narayangath based team.

Sarlahi will play against hosts Dhalkebar FC in the final match on Wednesday.

Samriddha Samaj club is organizing the championship, which has a winning purse of Nrs 1 lakh. 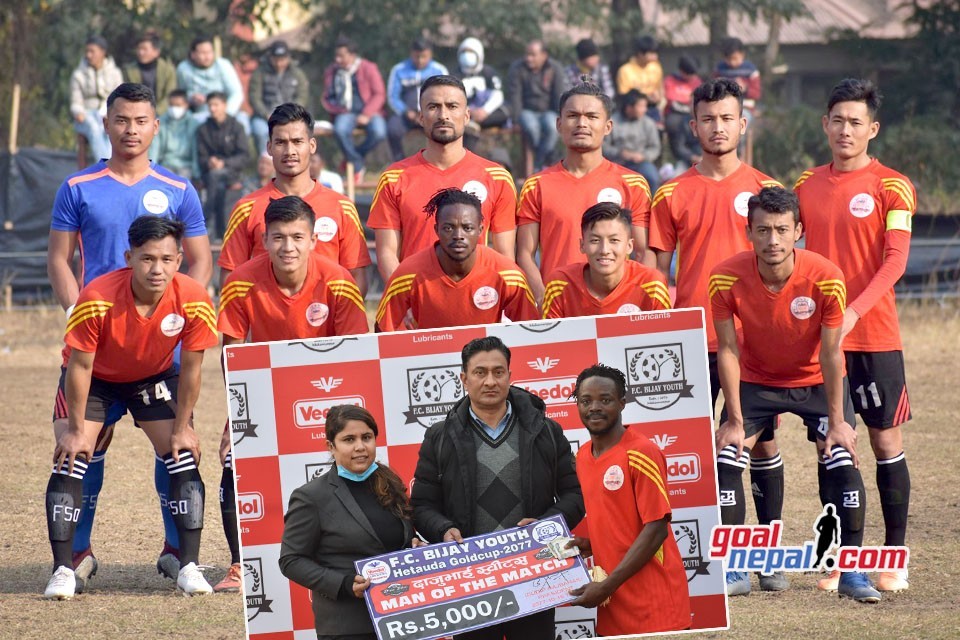