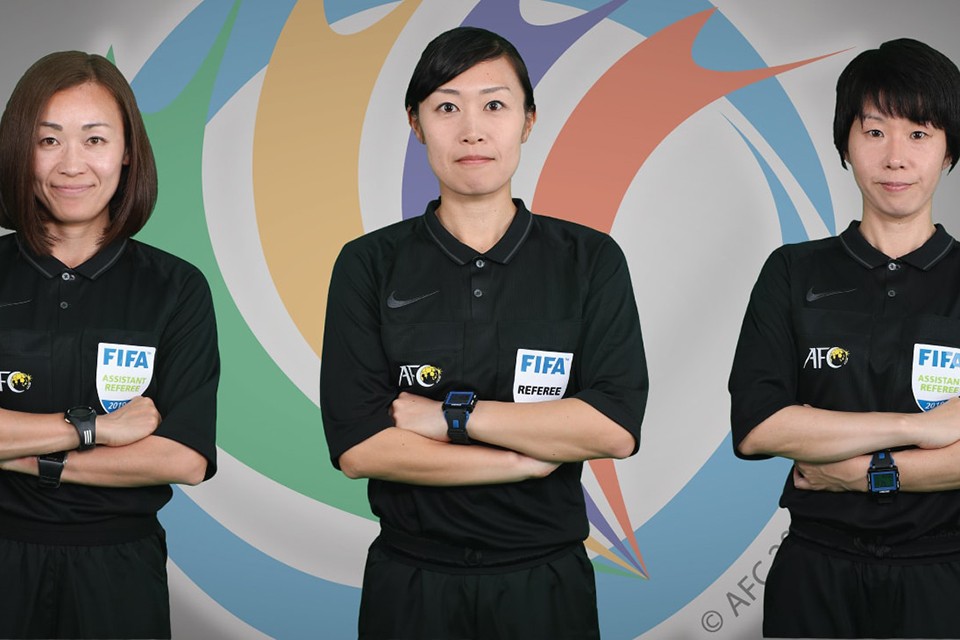 Asian football history will be made tomorrow when Japanese referee Yoshimi Yamashita alongside assistant referees Makoto Bozono and Naomi Teshirogi become the first all-female cast to officiate an AFC Cup match between Myanmar’s Yangon United FC and Naga World of Cambodia at the Thuwunna Stadium.

This will be the first time three female referees preside in the Asian Football Confederation’s (AFC) club competitions, marking a new milestone in Asian refereeing.

The trio had to pass a demanding fitness test, matching the requirements for men officials before being selected and their appointment is a timely boost, as they are also part of 12 Asian match officials representing the AFC at the 2019 FIFA Women’s World Cup in June.

The experienced Yamashita was delighted to add another milestone in her career after officiating in the 2016 and 2018 FIFA U-17 Women’s World Cup and AFC Women’s Asian Cup Jordan 2018.

“This is one of my dreams,” said a proud Yamashita. “We’ve worked very hard and this is the result. I have to thank the AFC for giving us this opportunity to join the history books in women’s refereeing in Asia.”

“It is an important achievement for us because it is the first time three women will officiate in an AFC club competition and it comes before the FIFA Women’s World Cup so we will do our best in every match.”

Assistant referee Teshirogi believes their appointment will inspire female referees in Asia to follow in their footsteps.

She said: “I’m excited and happy for the team but we know it will be a tough match because the players have different personalities and temperament. I worked really hard with my personal trainer and I’m glad I passed the fitness test.

“In the future, we hope to set the example for more female referees to take the leap to officiate in men’s football matches. More women passed the men’s fitness test so that shows how motivated the women referees are.”

Bozono said the experience of being an assistant referee at the AFC Cup will help in her preparations for the FIFA Women’s World Cup in June.

She explained: “I’m very honoured to be selected for the AFC Cup and sure it is a good warm-up for the FIFA Women’s World Cup. It is exciting to work with Yoshimi and Naomi. They are very experienced and have been very supportive. I will learn a lot from them.”

Their selection showcases AFC’s commitment to celebrate women’s contribution to Asian football and it fittingly marks the continuation of the AFC’s #ItsMyGame campaign in 2019 where a series of videos will be launched in the coming months.