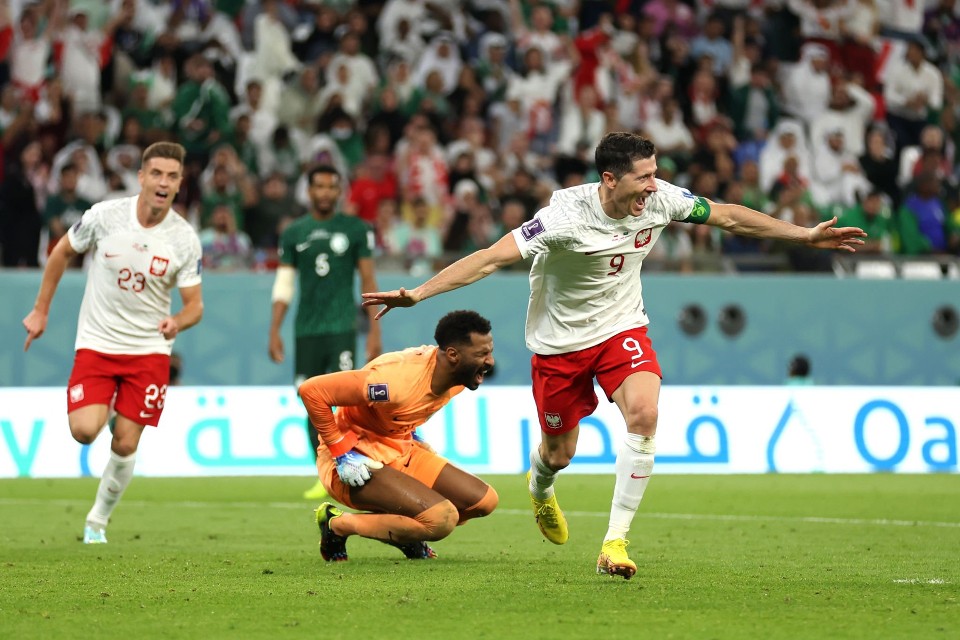 Kathmandu (GoalNepal) - Poland have edged closer to the pre-quarterfinal stage at the FIFA World Cup after a win against Saudi Arabia on Saturday. Poland defeated Saudi Arabia 2-0 in their second match in group C.

Poland picked up three points to put themselves in pole position to progress to the Round of 16 ahead of the final game of the group phase. Saudi Arabia played well but goals from Zielinski and Lewandowski made the difference, ultimately, as did Al Dawsari's failure to convert his penalty.

Zielinski netted in the 39th minute of the match from a Lewandowski pass. Lewandowski scored the first World Cup goal of his career capitalizing on an error in the Saudi backline in the 82nd minute.

Earlier, Salem Al-Dawsari's penalty was saved by Polish goalkeeper Wojciech Szczesny in the final minutes of the first half.