News After Indonesia Demolition, Sr. Columnist Sushil Thapa Writes, 'It is not the end of the world' Contrary to expectations, Nepal paid a heavy price for its listless and mediocre performance as they were hammered by Indonesia 7-0 in the AFC Asian Cup Football Qualifiers in Kuwait Wednesday.

With the crushing setback,Nepal wrapped up the tournament with three straight defeats.Admittedly,the debacle against Indonesia was bitter and disappointing for the young guns who had churned out a fighting performance in the first two games.

The Indonesians needing a big win on the day played an all out attacking game from the outset.They never slowed down and kept the opponent on their defensive half for the most part. The strategy worked as they made mincemeat of Nepal in a one -way traffic blow out. The scoreline could have been much higher,had they not squandered half a dozen scoring opportunities which came fast and furious especially in the second half for the winners. Indonesia turned the game lopsided and one- sided as they dominated and took total control of the game in the second half.They dictated terms and tempo of the match all the way to the end.

They relentlessly attacked and goals rained in at regular intervals. On the other hand, despite defeats to heavyweights Jordan and Kuwait,the young Nepal outfit performed admirably,given the situation.As a result, they won hearts and minds of fans who recognized their talent, effort and gutsy performance. Nepal entered the match against Indonesia with high hopes and expectations.

They were expected to turn in a strong performance and prove themselves further on the big stage. Instead they were thrown off their stride and mightily struggled throughout the 90 minutes.As a matter of fact,they were outplayed, outpaced and outmuscled. Clearly Nepal underperformed and was a pale shadow of the team that performed reasonably well against Jordan and Kuwait.

Going by their dismal and lacklustre performance, it was hard to believe that this was the same team that played so well in the previous two matches. Pressure piled on Nepal after Suman Aryal was red carded for dangerous play just before half time and had to play with ten players for the rest of the game.

The second half was a nightmare for Nepal as they got overwhelmed by the opposition relentless attack.The defense was in shambles and buckled down with relative ease. Custodian Deep Karki was the lone warrior under difficult circumstances.

He made a series of excellent saves to prevent his team from further humiliation. Nepal was ineffective in attack and midfield as well.

They were far from a cohesive unit. They completely failed to click offensively and were reduced to bystanders. Despite the debacle, the youngsters must look past the setback, take positives from the tournament, stay motivated, focused and committed and learn from their mistakes.

It is not the end of the world. It is just a bump in the road.They should not forget that they have a whole career in front of them. This is only the beginning of a long journey. Our young footballers have the potential to become future stars without a doubt. Apart from honing their skills and working on the finer points of the game,they will have to do whatever it takes to make their career successful and be prepared to go the whole nine yards.

By Sushil Thapa, Fairfax,VA, USA. Note: The opinions expressed in this publication are those of the author. They do not purport to reflect the opinions or views of Biba Media Group. 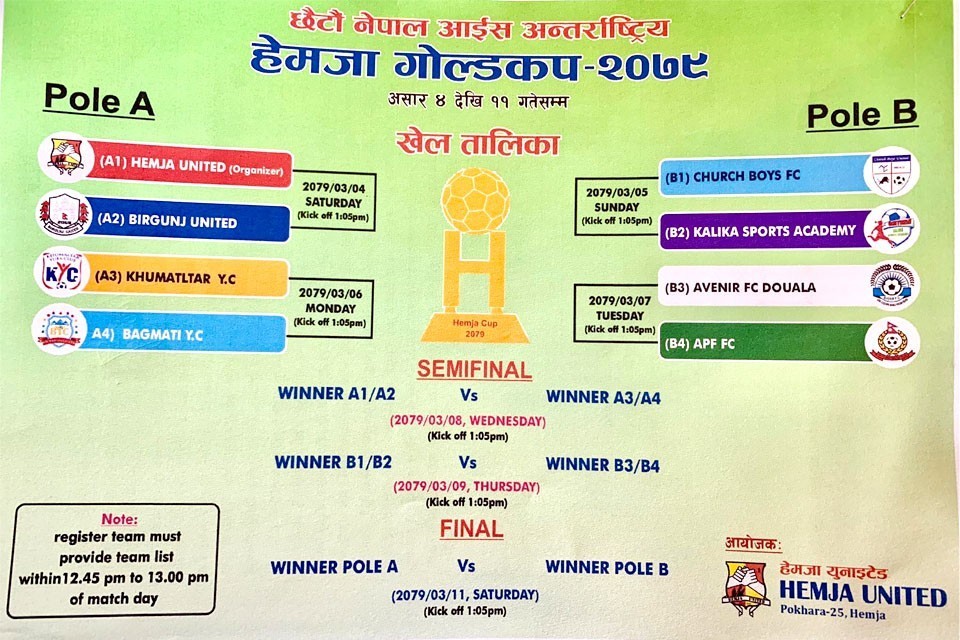