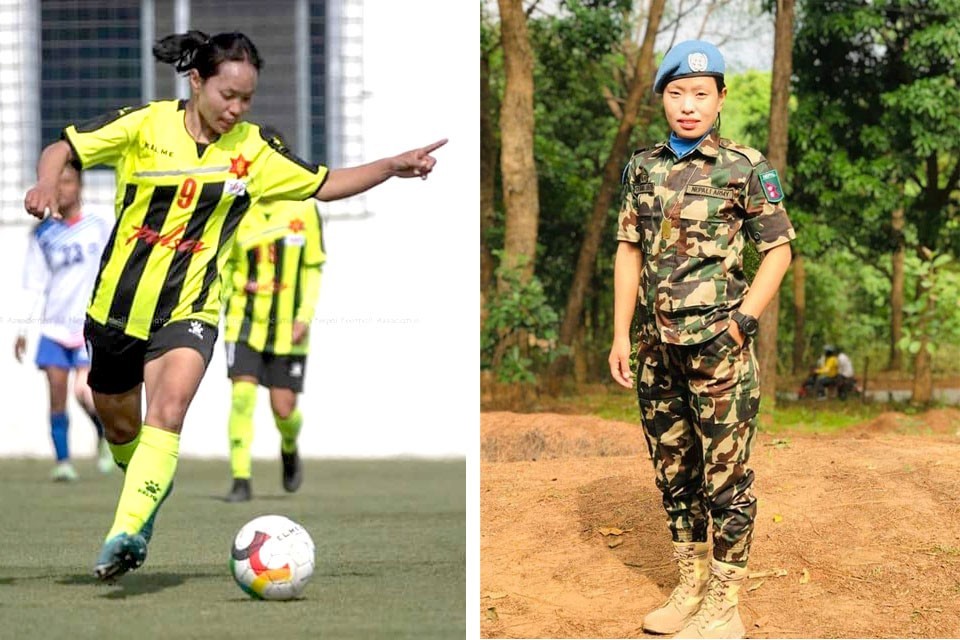 Sharmila Magar, a reliable forward of the departmental team Tribhuvan Army Football Club, is going to stay away from football for some time. While performing well for the Army in domestic football, she has left for the Central African Republic for a UN peace mission.