Defending champions Sankata Club were thumped by Machhindra Football Club by 4-1 in the third quarterfinal of the 20th Aaha! Rara Gold Cup 2078 in Pokhara. Sankata looked helpless against Machhindra who have now qualified for the semi-finals of the tournament.

In a highly competitive matchup despite the scoreline, Utsav Rai opened the scoring for Machhindra in the 13th minute of the match. A grounded long ranger shot found way to the back of the net. That was the only goal in the first half.

But it didn't take much time in the second half for Machhindra to double the lead. Messouke, who was released by NRT for this tournament to play for the White Lions converted a 3v1 chance for the league leaders. An Abhisekh Rijal pass was calmly finished by Messouke.

After conceding two goals, Sankata looked more threating on the attack and pulled one goal back in the 63rd minute. A lofted ball from a corner was headed in by Niraj Basnet which was put home by the substitute Ganesh Hamal off his head.

But Machhindra showed why they are leading the top division of the country and restored the two-goal cushion in thee 84th. Abhisekh Gurung converted a rebound off a free-kick when Raja Babu Thapa couldn't pary it away and Abhisekh pounced on that ball to make it 3-1.

Messouke then added a goal just three minutes later to take the scoreline to 4-1 and was adjudged the player of the match.

Machhindra will now face APF Football Club in the semi-finals on January 27.

The winners of the tournament organized by Sahara Club will receive a whopping Rs.10 Lakhs. 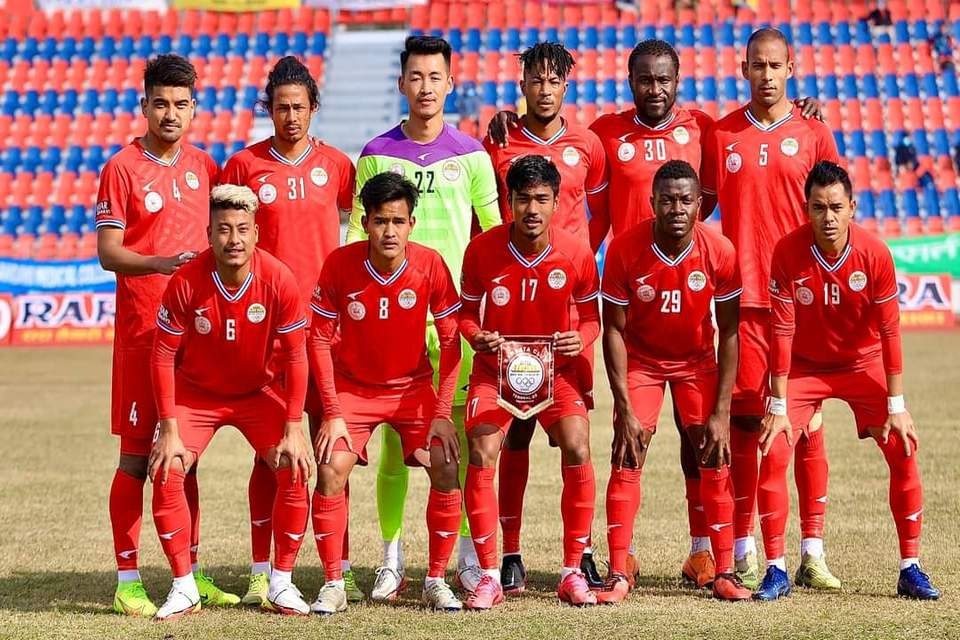