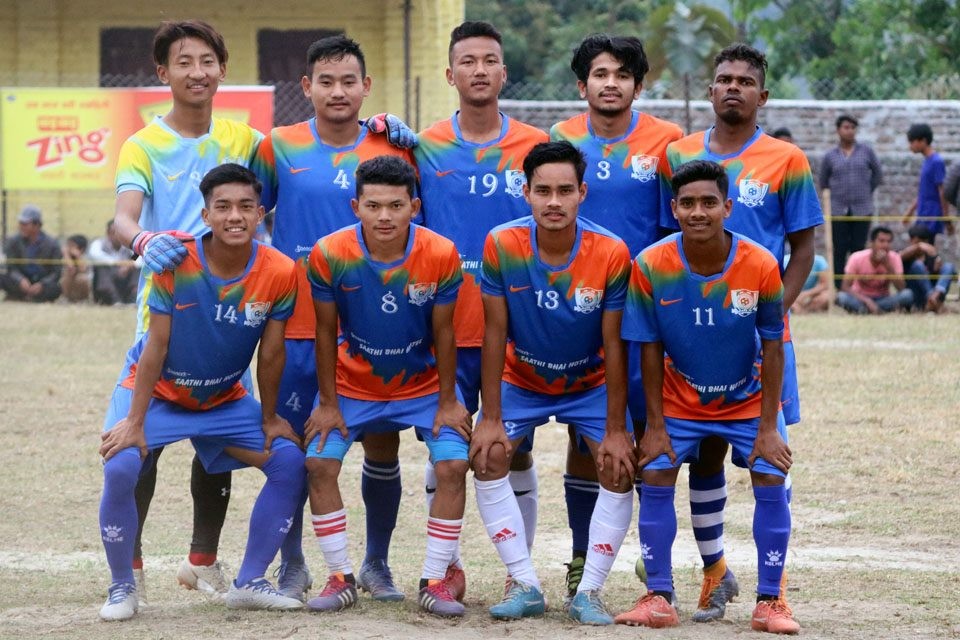 Abhisek Gurung from Jhapa FC became the man of the match.

Tournament organizing committee president Sukraj Karki said that they were supported by Sony Karki from Saudi Arabia and ST Tamang from USA for cash prizes.

According to tournament coordinator, Narendra Kumar Jabegu, the championship has a winning purse of Nrs 50,000 and runners up team will get Nrs 30,000.