In a tightly contested match at Dasharath stadium, White Lions defeated APF 2-1 to move atop with 22 points from 10 matches.

APF took the lead through Ramesh Dangal in 43rd minute. Bishal Rai B leveled the score right after the break in 47th minute. White Lions doubled the lead through spot in the wee hours of 78th minute. Peter Segun was fouled inside the box for which referee pointed for spot kick. APF players protested against the decision but referee was adamant to his decision. Rejin Dhimal netted the ball home in a double attempt.

After losing seventh match in the campaign, APF are now in big-big trouble. They are positioned at 13th position with five points.

SYC are in rock bottom with just four points. One team will be relegated this season. 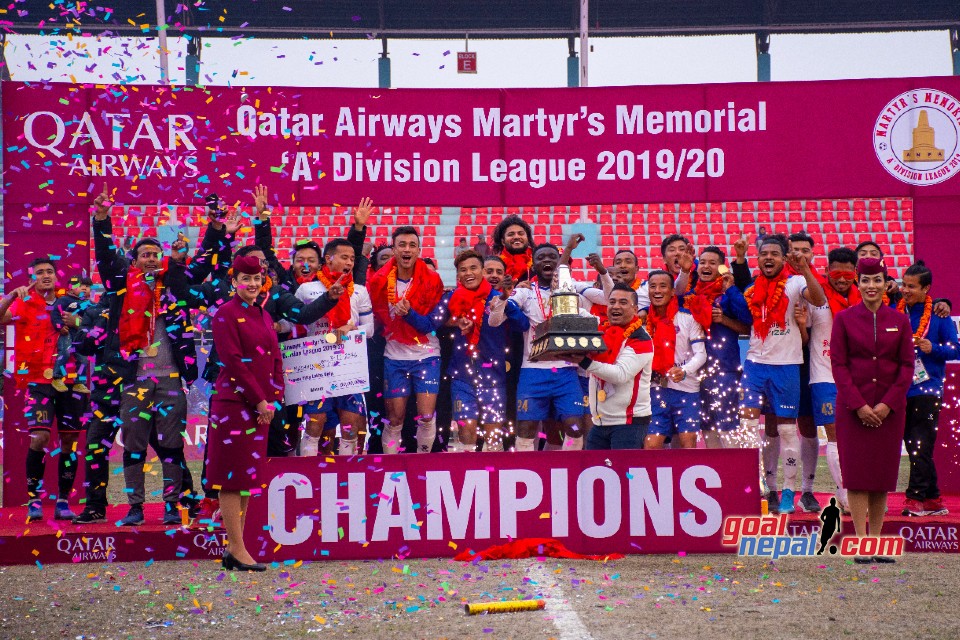