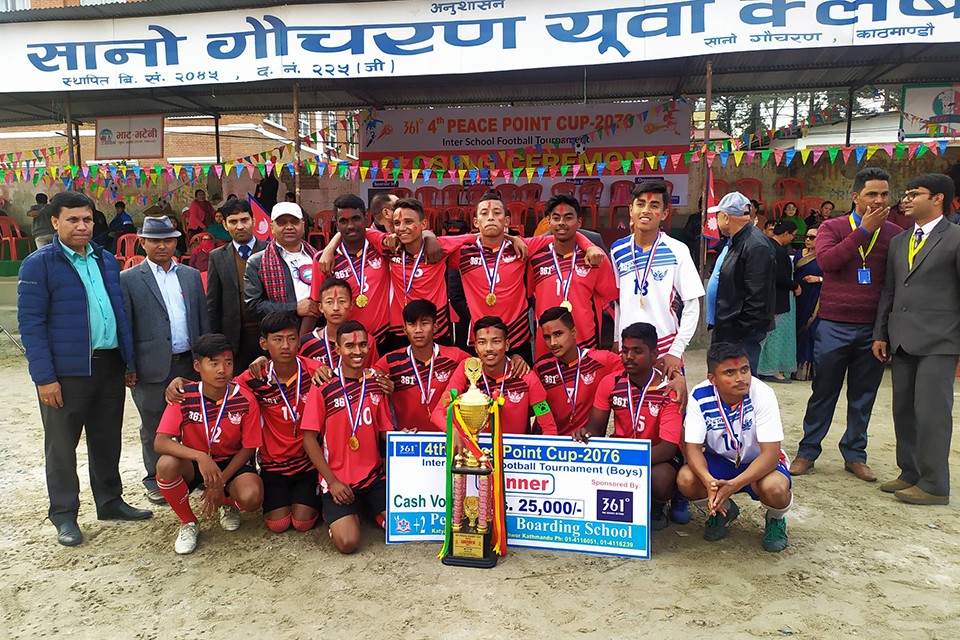 In girls category, EPS defeated Sunshine 2-1 on penalties to lift the title. School principal Ms. Ishu Gurung congratulated the winners and thanked everyone for making the event successful.

The tournament was sponsored by 361°.