The ongoing 2022 FIFA World Cup qualifiers is in full swing. With one win and one defeat, it has been one real topsy-turvy affair for the national football team of Nepal so far.

The journey ahead  is long, arduous for Team Nepal as they face high-quality opponents. They must play to their potential and cannot afford to be mediocre if they wish to make a positive impression in the tournament.

Back to competing in football’s biggest tourney in quite some time, Nepal is in a very formidable group alongside Australia,Kuwait, Jordan and Chinese Taipei.

Undoubtedly, team Nepal has an uphill task going forward, however, they have been given the chance to play against some of the best teams in the tournament.

Admittedly, they stand very little chance against the physically stronger, technically superior and well prepared opponents in the group.

If we take into account the national team’s recent poor international results, coupled with lackacadical performances, inconsistency and inadequate preparations, expectations for Nepal was never high, prior to the start of the tournament.

It is a foregone conclusion that Nepal is not going to make it to the next round. That being said, right now eyes are on the team’s overall performance.

All that really matters is a decent and reasonable performance under very challenging circumstances. That should be the ultimate goal for the team.

As things stand, we should be less worried about where Team Nepal finishes in the group. The tournament  provides players the much needed international exposure. Also it is a big opportunity for players to showcase their talent and learn the finer points of the game.

In addition, it allows players  to gain valuable experience in the games. But most importantly, there has to be serious efforts on the part of players to seize and make the most of opportunities.

They must generate extra enthusiasm, high energy and strive to play the best caliber of football. They have nothing to lose. Don’t give up, bring your best game  and give maximum effort. There is no shame in losing to a better team.

Nepal’s crushing 7-0 defeat at the hands of Kuwait in the opener came as a big surprise.

They were expected to lose but not by a wide margin.

By and large, they played poorly and never got going in every department of the game. The performance was below par, and they meekly surrendered the game.

After badly stumbling against Kuwait, it was quite a relief to see Team Nepal bounce back in style against Chinese Taipei by carving out a moral boosting 2-0 victory.

The win gives team confidence and momentum going into games against  heavyweights Australia and Jordan in the immediate future.

As clear underdogs, they must stay positive and mentally tough no matter what happens. Be focused, go out there and play well.

Despite  appointment  of Swedish Johan Kalin as head  coach of Team Nepal, approach to preparing and training the team for major tournaments remain the same. The absence of high performing team culture for success continues to impede all team progress.

Coach Kalin is no stranger to Nepal football. He is well aware of the challenges and difficulties he faces. Given the relatively limited resources at his disposal, he has got his work cut out for him.There is not much he can do to turn things around.

There is no end in sight to Nepal’s struggle in international football. They have continually underperformed and failed miserably to achieve results for a substantial period of time. All in all, it has been an agonizing and frustrating tale of setbacks, one after another.

Everyone agrees that Team Nepal is off pace on international stage and unable to keep up with the times. Looking at the current domestic football trend and scenario, which is far from encouraging, the national team’s insipid performance and streak of poor results does not come as a surprise.

It is fair to say that mismanagement and maladministration is  still the bane of Nepal football.

“Dasharath Rangasala”, the only international stadium in the country still lies in dilapidated state. This is overwhelming evidence of government’s absolute apathy and negligence towards sports.

Shockingly, there is no urgency for speedy completion of renovation work on the part of Sports Ministry and National Sports Council. As a result, Nepal has been denied chance to host home matches. What a shame! What a pity !

Domestic football’s landscape in Nepal remains more or less the same. So little has changed for the better since Mr.Karma Tsering Sherpa became ANFA President.

Optimism within  the football community was high when Mr. Sherpa took over ANFA. Contrary to expectations, he has turned out to be quite a disappointment when it comes to effective leadership until now.

I do understand how incredibly frustrating this is for us fans of Nepal football. Mr. Sherpa administration has been guilty of repeating  blunders of the previous administration.

In my humble opinion, ANFA still does not have an effective working professionals. The executives mindsets and attitude about football development doesn’t seem to have changed.

If Mr.Sherpa and his team pursue the previous administration’s destructive path and keep doing  things the same way, they will keep getting the same results. I am afraid that things will go from bad to worse.

Supporters of ANFA would argue, Mr. Sherpa and his team have shown good intentions and done a fairly good job in a short period of time.

I understand the football association has joined hands with a host of sponsors, made public staging of numerous tournaments, put  together long-term development goals, organized coaches and referees clinics and many more. That’s all fine.

However, much remains to be desired in governance and management of the game. Without good governance reforms, transparent management,  effective stewardship, nothing will fundamentally change or can be achieved.

ANFA must undertake sweeping reforms to address pressing issues facing Nepal football that truly would produce meaningful change. That is yet to be seen. Moving in the right direction is a must. 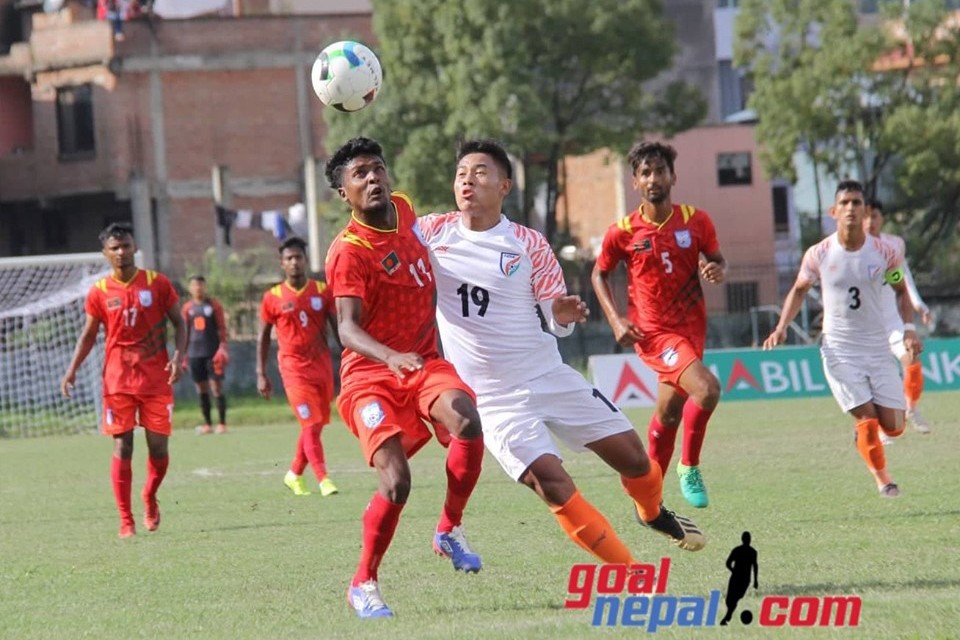