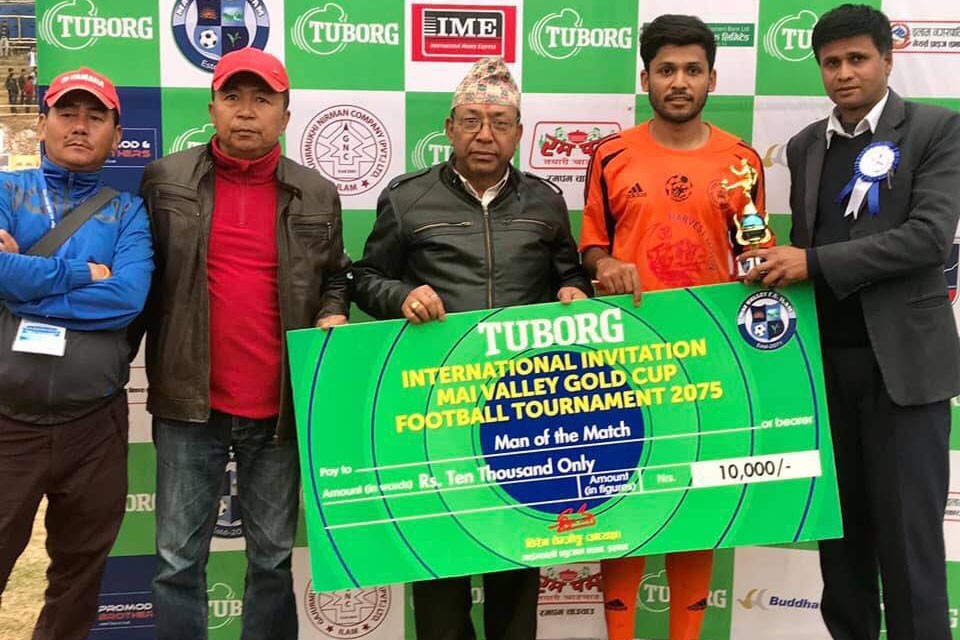 Sunil Khadka completed a hat-trick as he scored in the 1st minute, 9th minute and 64th minute. Bhison Gurung and Man Bahadur Tamang netted goal each in the 37th minute and 75th minute respectively for HSC.

Sunil Khadka of Himalayan Sherpa Club was declared the man of the match. He got Rs.15,000.

Mai Valley FC is organizing the championship, which has a winning purse of Nrs 7 lakh.