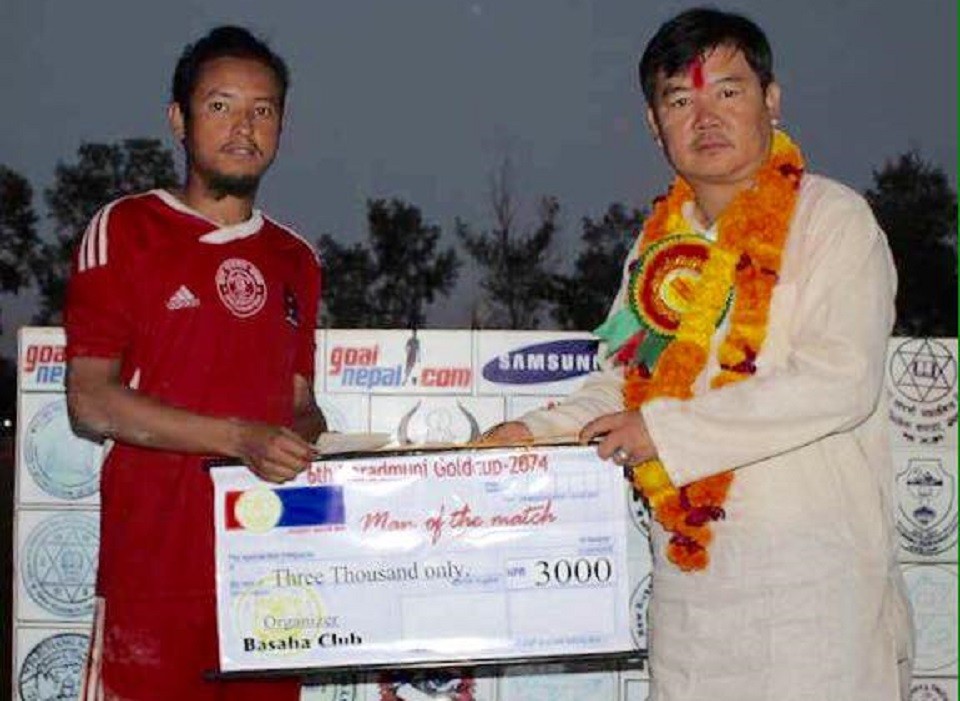 Yogesh Gurung from DFC became the man of the match. He received Rs 3,000 cash.