Karki Boys have won the title of the Netra Guragai Cup Men's Football tournament held in Tehrathum. Karki Boys lifted the title by defeating Inaruwa Municipality, Sunsari 1-0 in the final.

Sushil Rai scored the decisive goal in Karki Boys' victory in the final. Karki Boys, who became the winners, received two lakh rupees in cash along with the title, while the runners-up, Inaruwa Municipality, settled for one lakh.

Similarly, We Play Nepal, Kathmandu have won the Netra Guragai Cup women's football tournament title. In the final, We Play Nepal defeated Mahalakshmi, Dhankuta 2-0 in a tie breaker to lift the title. Both teams had played a 1-1 draw in the regulation time.

We Play Nepal, who became the winners, received one lakh rupees in cash along with the title, while Mahalakshmi, the runners-up, settled for Rs. 50,000. 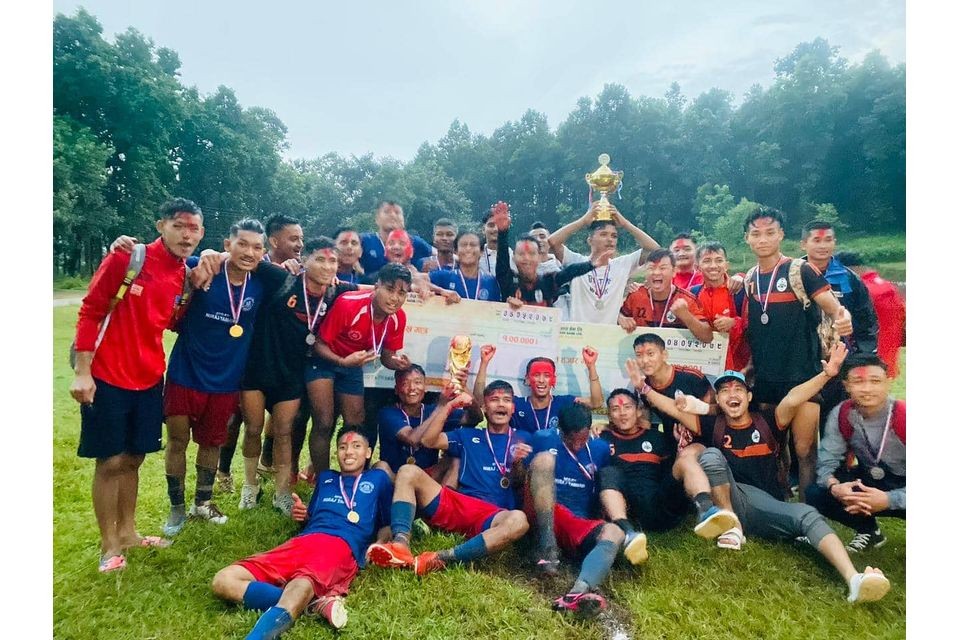