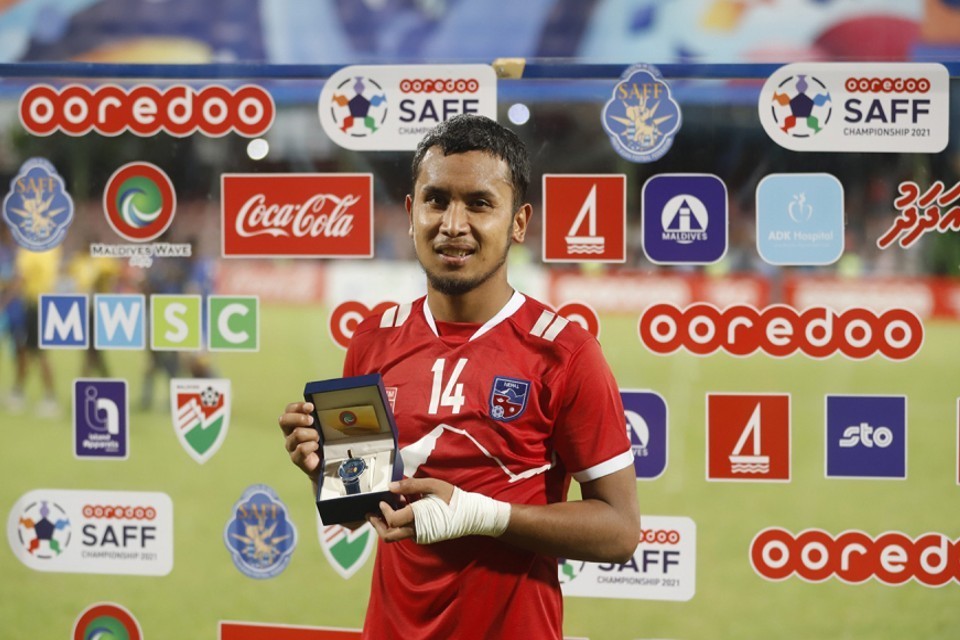 Nepal national team start forward Anjan Bista has urged ANFA to investigate in the ongoing issue between the players and the head coach Abdullah Almutairi. After 10 players left the closed camp of the national team preparing for the AFC Asian Cup Qualifiers, controversy has been rising around the national team.

Speaking to Galaxy 4K, Anjan stated that the players have been going to ANFA every day but their matter hasn't been properly assessed. "We met ANFA president Karma Tsering Sherpa for a while but he left the meeting citing other meetings but didn't come back", said Anjan, who is one of 10 players who left the closed camp last Tuesday night.

Anjan also added that the players have become victims of the issue as the public has been berating them all around including on social media.

"Fans have been tagging us as traitors and we, players are facing their wrath", said Anjan. "It's ANFA's job to investigate and find out who's right and wrong. We are the victims of this issue having done no wrongs".

Head coach Almutairi wrote ANFA general secretary Indraman Tuladhar a letter a couple of days ago stating that the players themselves left the camp but Anjan says that that is false and stated that the coach told them to leave the camp numerous times. Anjan also added that, after a fair investigation, if the players are indeed deemed proven wrong, they are ready to face the punishments.