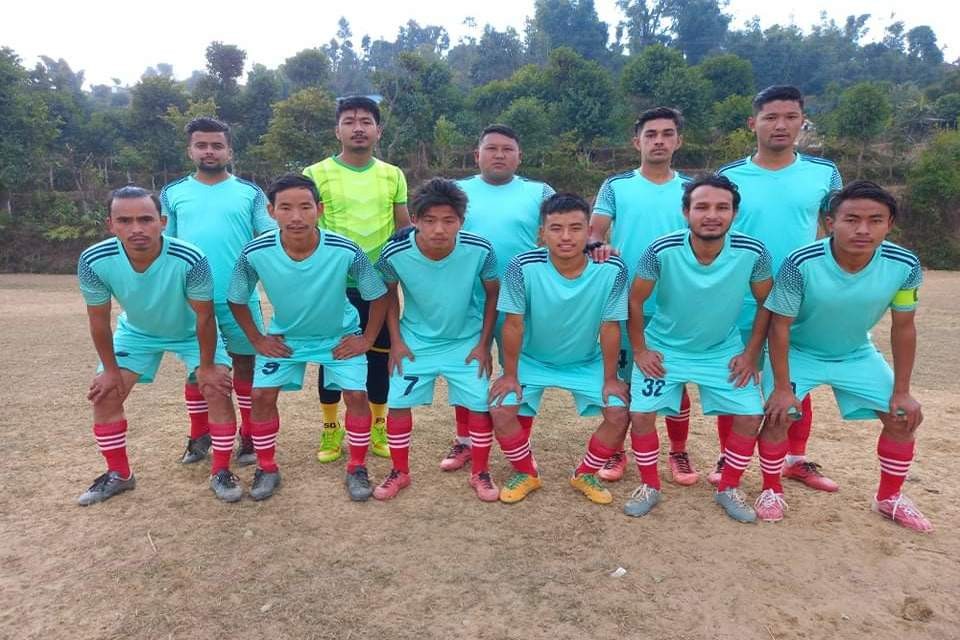 Kirat Youth Club has secured a place in the semifinals by defeating Itahari Football Club 2-1 in the first quarterfinal of the second Khuwafok Gold Cup 2078 today.

Sangam Limbu scored in the 9th minute of the first half to give the Kirat youth team the lead while Joshan Rai from Itahari leveled the score through a penalty after a handball awarded them one.

Sabin Adhikari scored in the extra time of the first half to give Rara a 2-1 lead, while Biren Limbu scored his second individual goal in the 56th minute to give Rara Football Club a 3-1 lead. Although Pasang Tamang pulled one back for Urlabari, they could not overcome the defeat. Biren Limbu was declared the man of the match.