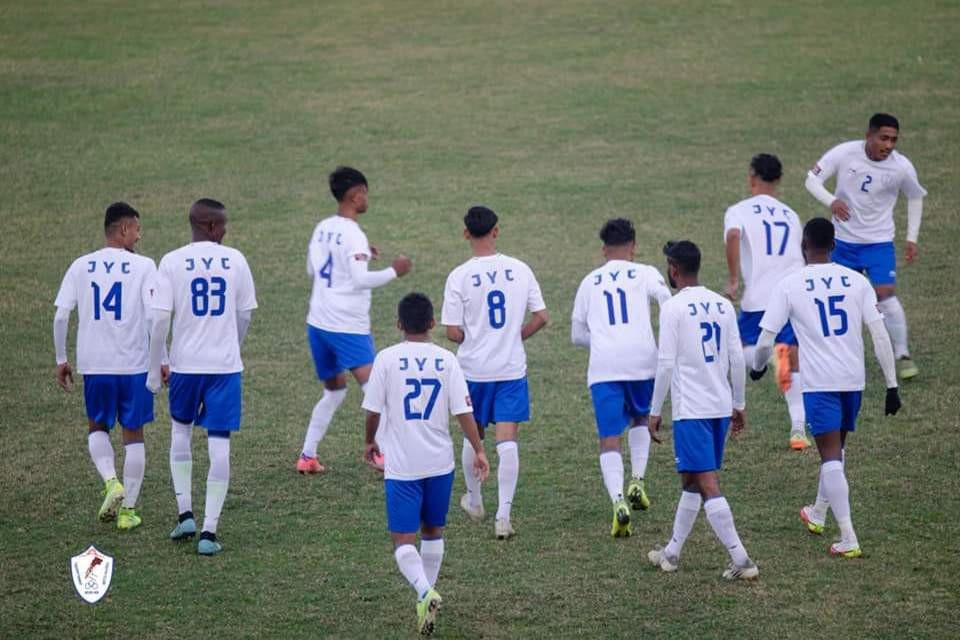 Jawalakhel Youth Club got their first win of A Division League 2021 with a 1-0 win over Chyasal Youth Club.

A first half goal from Nicholas Fernandes proved to be enough for the Lalitpur based club.

In a rather uneventful match, there were not many chances for both teams to put the ball in the back of the net. The first half looked equally contested until Nicholas netted in what was Jawalakhel's first goal of the campaign.

A mistake at the back at the edge of the box from Chyasal allowed Jawalakhel to capitalise, and Onguna Junior squared it off to Nicholas to tap it home in the 37th minute. The first half ended 1-0.

In the second half, Chyasal came up with a more attacking approaches with two changes at the halfway mark. But their approach couldn't bring fruitful results.

The best chance of the match fell for Chyasal forward Karna Limbu to equalise. A ball in from the left hand side from Bikash Meraglia after a through ball was agonizingly put wide by Karna. It fell to his favourite left foot but he put it wide of the post.

Suraj Jeu Thakuri hit the woodwork in the 83rd minute after a cut-in from Onguna Junior who had earlier assisted the goal.

After this win, Jawalakhel move to 10th in the league with four points from five matches while Chyasal drop to 11th with equal points to Jawalakhel.

Jawalakhel are set to face Satdobato Youth Club in the sixth round of matches while Chyasal will play against Himalayan Sherpa Club. Both matches will be played at the Dasharath Stadium in Kathmandu. 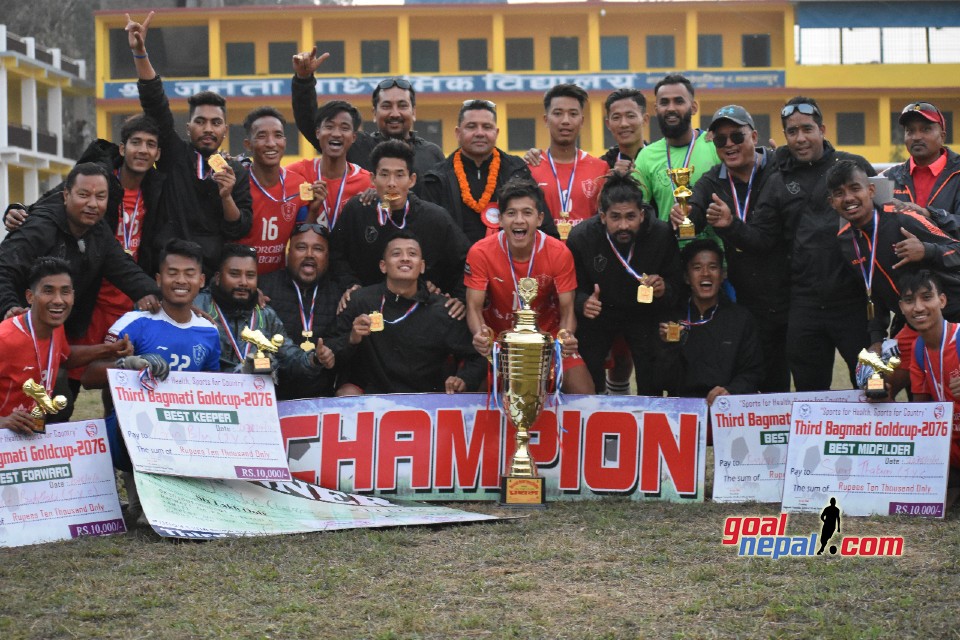