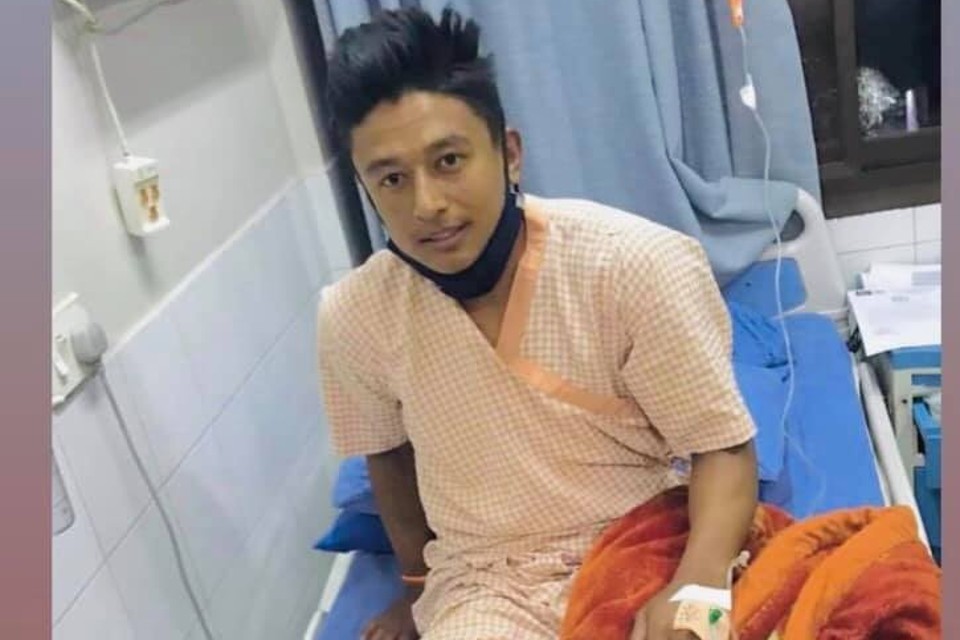 Nawayug Shrestha, the star Nepal international centre forward is set to miss the upcoming Martyr Memorial A Division League due to a knee injury he sustained during the pre-season clash against Brigade Boys Club a few days ago.

Tribhuvan Army Club who are preparing for the upcoming league season have had a massive setback with Nawayug sidelined for the season.

Army were scheduled to play against another departmental team Nepal Police Club on the 18th of November which is now yet to be rescheduled after the postponement of the league start by ANFA yesterday.

GoalNepal would like to wish Nawayug for a speedy recovery to full fitness.