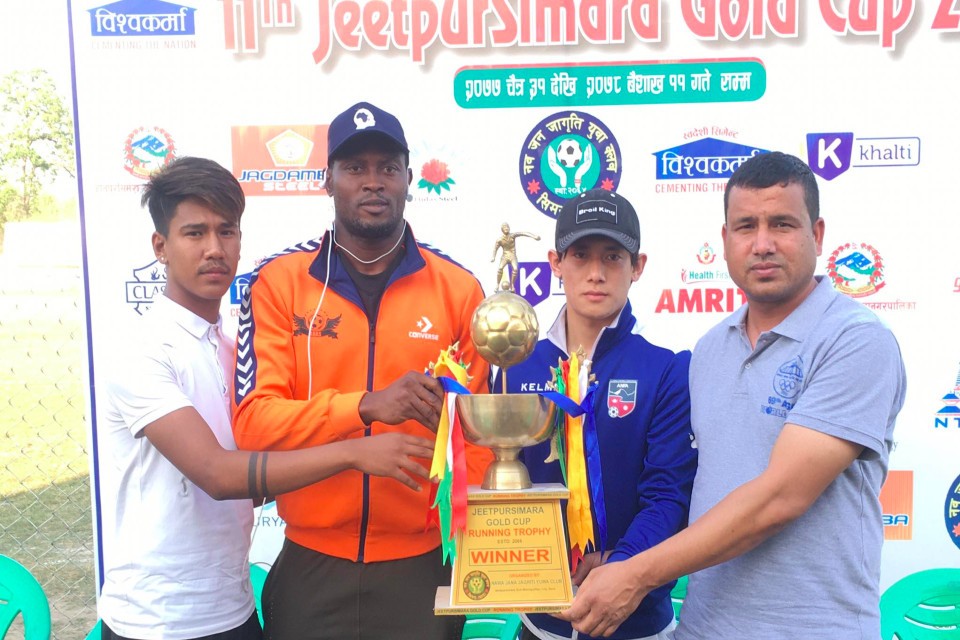 Sankata club is again playing against African Roots in the final match of A grade Gold cup football tournament.

Sankata club had defeated African Roots in the final of 19th Aaha! RARA gold cup weeks back in Pokhara. Now they are again playing in the final. This time in 11th Jeetpur Simara gold cup football tournament.

The match will be played at Simara stadium on Saturday at 6 PM NST.

Both team's coaches and captains promised to display well in the final match.

Prize money:
Winners to get Nrs 7 lakh and runners up team will get Nrs 3.5 lakh.

NNJYC, Simara is organizing the championship.