Tribhuwan Army FC bowed out from AFC cup after losing 0-5 to Indian Super League side, Bengaluru FC in Goa on Wednesday.

Army men played brave 0-0 draw in the first half but conceded five unanswered goals in the second half.

Rahul Bheke and Clinton Silva scored brace each while Nepali origin Sunil Chhetri scored another for the winners.

BFC will now play against the winner of Abahani Dhaka and Club Eagles from Maldives. 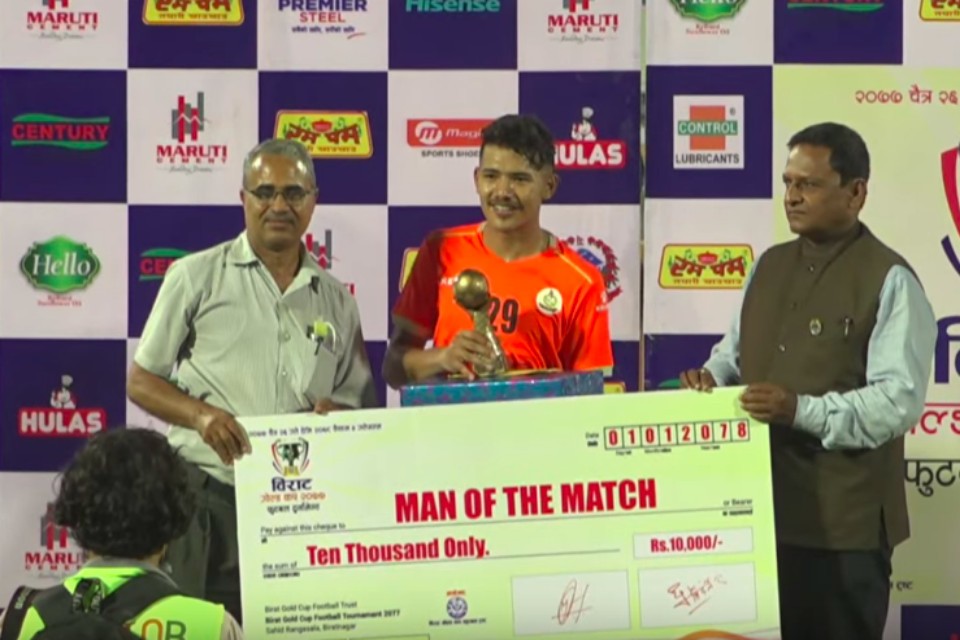