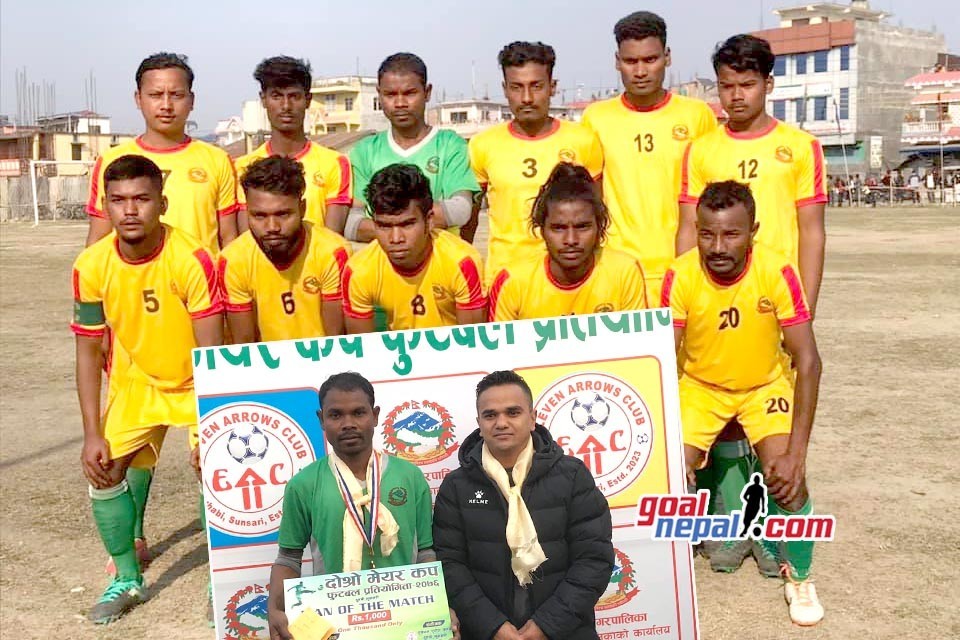 Kumar Uraw became the man of the match.

Ward 11 will play against ward number 12 in the final match on Friday.

Eleven Arrows club is organizing the championship, which has a winning purse of Nrs 1 lakh.

Duhabi municipality is sponsoring the championship.