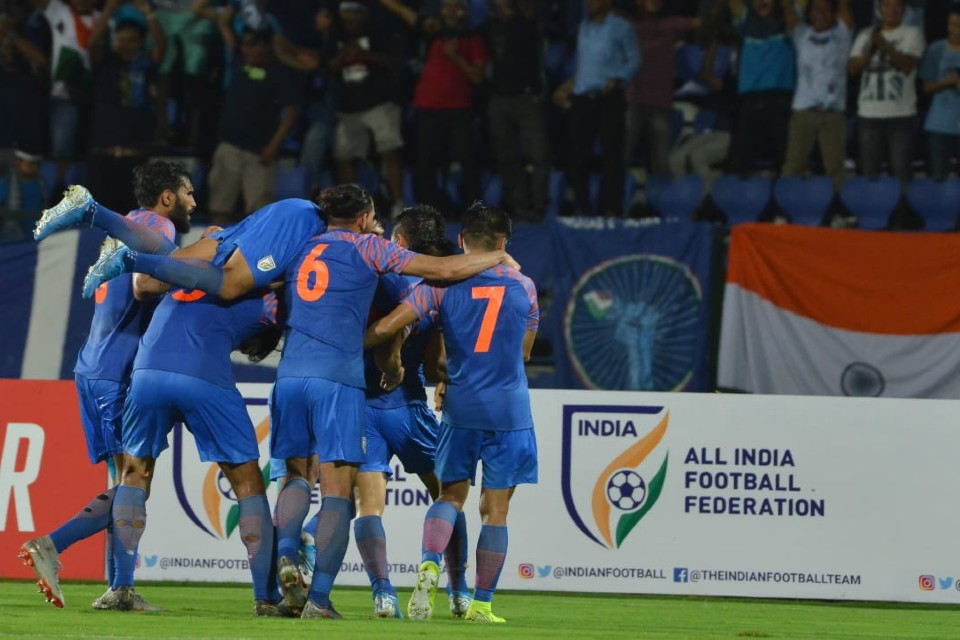 India are hoping to kick off their preparations for the resumption of the Asian Qualifiers with a training camp in September.

All India Football Federation General Secretary Kushal Das said the camp, depending on the approval of relevant authorities, will be in Bhubaneswar.

India are scheduled to play Qatar in their next FIFA World Cup Qatar 2022 and AFC Asian Cup China 2023 Asian Qualifiers Group E in Bhubaneswar on October 8.

"Our plan is to start the camp sometime in early September. We want the camp in Bhubaneswar as the match against Qatar was scheduled there," said Das to AIFF TV.

"We’re in touch with the State Government of Odisha as well as SAI. We are expecting to get a response from them. It’s a very tricky situation but we need to come up with the best possible solution given the circumstances."

While India only have a marginal chance of advancing to the third round of the FIFA World Cup Qatar 2022 Qualifiers, the South Asian side can still make it to the final stage of qualifying for the AFC Asian Cup China 2023.

Igor Stimac's side have three points with ties against Qatar (October 8), Bangladesh (November 12) and Afghanistan (November 17) to come.

They are fourth in the standings with reigning AFC Asian Cup champions Qatar in the lead on 13 points. Oman (12) and Afghanistan (4) complete the top three with Bangladesh on one point.