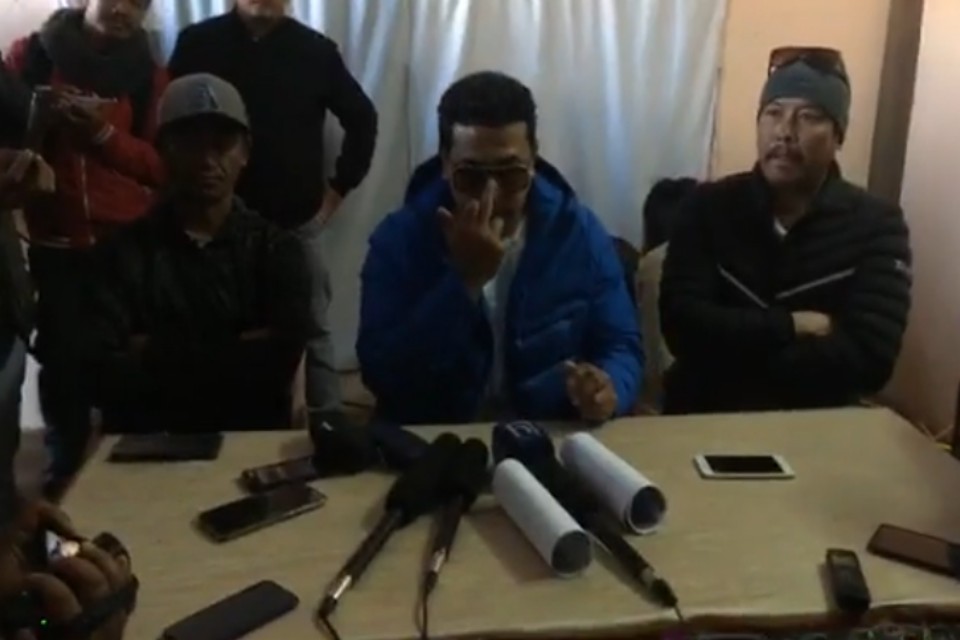 MLA Gurung pushed and slapped DFA president Gurung on Tuesday for not arranging training ground and accommodation to the players from Manang, taking part in on-going Gandaki province league.

"I defend my action taken against him. He is a fraud man. CM (Prithvi Subba Gurung) should have slapped him not only by me. This is Chief Minister Cup. He is tarnishing the image of CM", said Gurung in a press meet held in Pokhara on Wednesday.

"He (Milan Gurung) hasn't even paid prize money of Pokhara Cup to the winners. In this province league, He didn't provide facilities to the teams taking part. My (Manang) players are travelling in a local bus. If I hadn't given money to them (Manang team), where would they stay", questioned MLA Gurung.

ANFA Kaski however clarified that they would provide accommodation to the teams one day before and one day after.

The problem arised after Manang team arrived Pokhara a week early. They weren't informed properly after DFA changed the match fixtures due to adverse weather condition.