The men’s Nepal football team squandered a glorious opportunity to win their second successive match at the South Asian Games in Kathmandu.

Going into injury time, the home team led Sri Lanka by a goal, and they were on the cusp of victory.

Contrary to expectations, fans were left in a state of shock silence, following Sri Lanka’s brilliant free kick conversion into a goal, and, more importantly,winning a valuable point.
Indeed it was a disappointing result for the host. A win could have assured them a place in the final. It was a missed chance.

Nepal met a speed bump and put themselves under some pressure.They have to bounce back and get back into the win column to avoid further disappointment.

Credit goes to Sri Lanka for their never give up spirit till the final whistle.They made good use of their pace and physical presence throughout the 93 minutes action.

Nepal did dominate exchanges and looked threatening for the most part.They matched the pace and physicality of the opposition.

Although the Sri Lankans dominated the ariel battle, the defense did their job.They stood strong, firm and kept the opponent at bay.

But the attack line familiar inability to make the most of scoring opportunities once again proved costly for the team.

Coach Bal Gopal Gopal Maharjan needs to go back to the boardroom and effectively adjust the game plan for the upcoming matches.

The team has to work on their shortcomings, learn from their mistakes and play with a sense of urgency.

With two matches to go against Maldives and Bangladesh,Nepal is comfortably positioned and has the best odds to reach the final.

Apparently,they have to avoid defeat at all cost in both matches. A win and a draw will assure them a place in the final.

However, nothing is guaranteed. And nothing can be taken for granted. All that matters is a winning performance at the end of the day.

Nepal has to play their very best against Maldives.They have to come out flying,need to be aggressive and set the tone early.

Players have to peak form and give their best efforts.They cannot allow the opposition to make headway. It will be a tough match and need total focus.

Expect Maldives to make every bit of effort to redeem themselves.They can prove to be a hard nut to crack.

Sri Lanka made things difficult for themselves, following their defeat to Bangladesh by a solitary goal.

They are in a must win situation against Bhutan in their final match. As things stand, they have a a razor thin chance to stay alive in the competition.

Bhutan has been the biggest surprise of the competition. With two wins, it looks increasingly likely that they will enter the final. 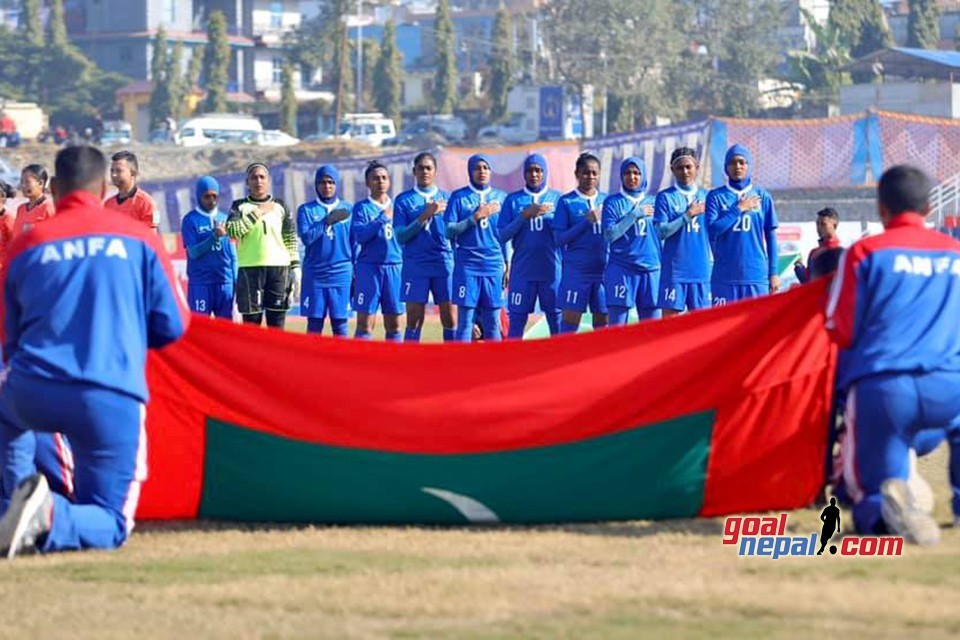