The foundation will provide 25 original Adidas footballs to the FA. The FA will use footballs to train kids in remote places of the district, specially for the marginalized community. The FA will also train the kids from storm affected places.

Pandey said it was his responsibility to give something to Nepalese football.

"Nepalese football has given me everything. I would like to contribute from my side too. I received remuneration from coaching Nepalese kids here in Queens, New York. I didn't want to take money from their parents but they insisted on. Later, I decided to take it to buy footballs for kids in Parsa district. I am very happy with GoalNepal for their activities in Nepalese football", said Pandey.

"We would like to thank Mr. Pandey for the support. We are giving away footballs to Parsa DFA which will use to train marginalize kids in Parsa, said CEO of Biba Media Group Mr. Bikram Thapa.

GoalNepal reaches out to different district every month to support youth football, women football, district FA, community schools and referees for the promotion and development of Nepalese football.

"We are reaching out to 77 districts very soon. We need support from all to make this project successful", added Thapa, who is also the president of the foundation, a CSR wing of Biba Media Group. 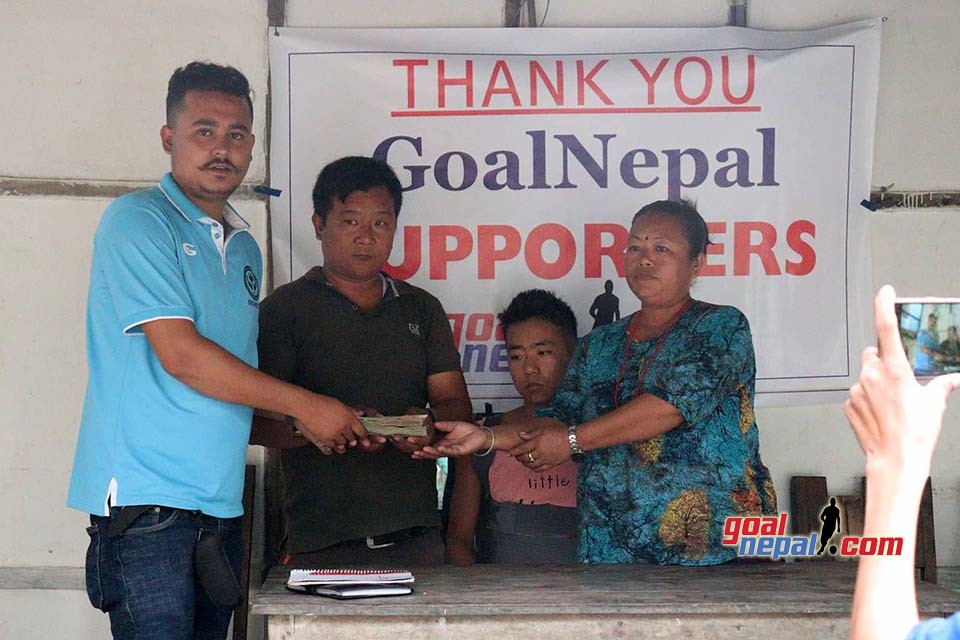