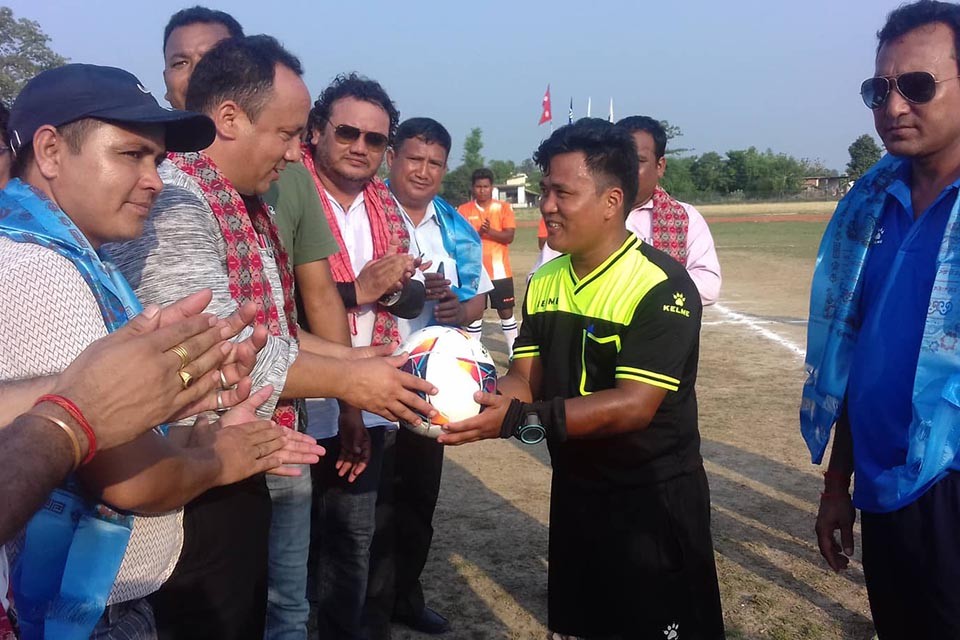 Nandu Tharu and Sangam Tharu scored apiece for the winners. The champions received Nrs 35,000 while runners up team walked away with Nrs 25,000.

Himal Gurung was adjudged the most valuable player of the tournament.