All preparation has been completed for 4th Jhapa Gold Cup that will kick off from Falgun 18.

In the press meet held on Wednesday, Jhapa Gold Cup organizers told media that they had completed all preparation for the tournament.

The organizers also signed a deal with Mansa Thai food, the producer of Mug Mug noodles.

Mug Mug has assured organizers to provide their best possible support to the Gold Cup and for the development of sports.

The organizers also said that they would honour two former footballers with twenty five thousand rupees each like they had done last year.

Organizers will also hand over twenty five thousand rupees to the family of Domalal Rajbanshi, who donated land for stadium, in the opening ceremony.

The estimated expenditure of the tournament is 1 crore 5 lakh out of which 36 lakh will be spent in teams' expenses.

Organizers said that they would receive support worth 80 lakh rupees from local organizations.

Final match is scheduled on Falgun 27. 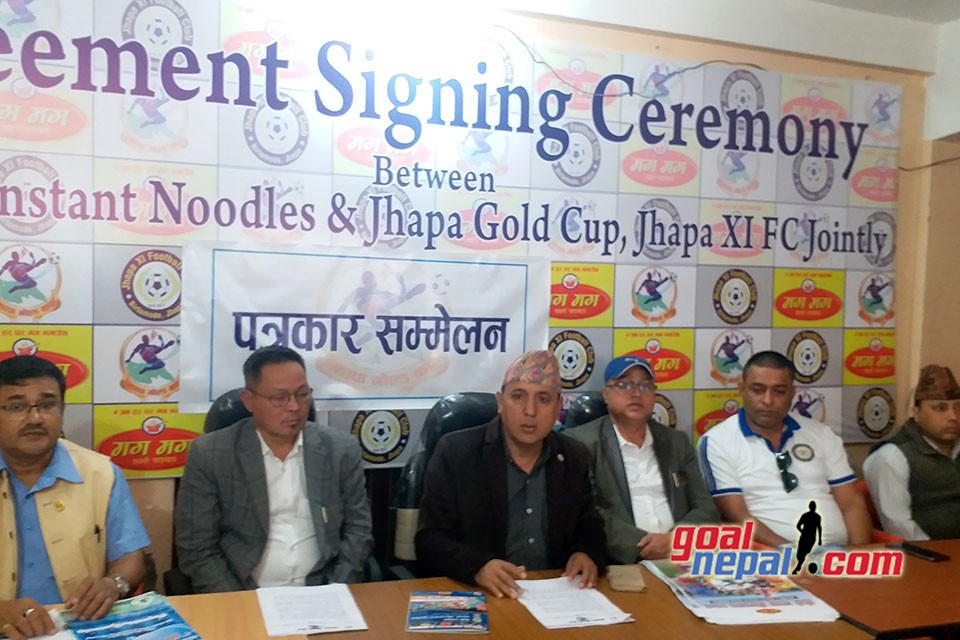