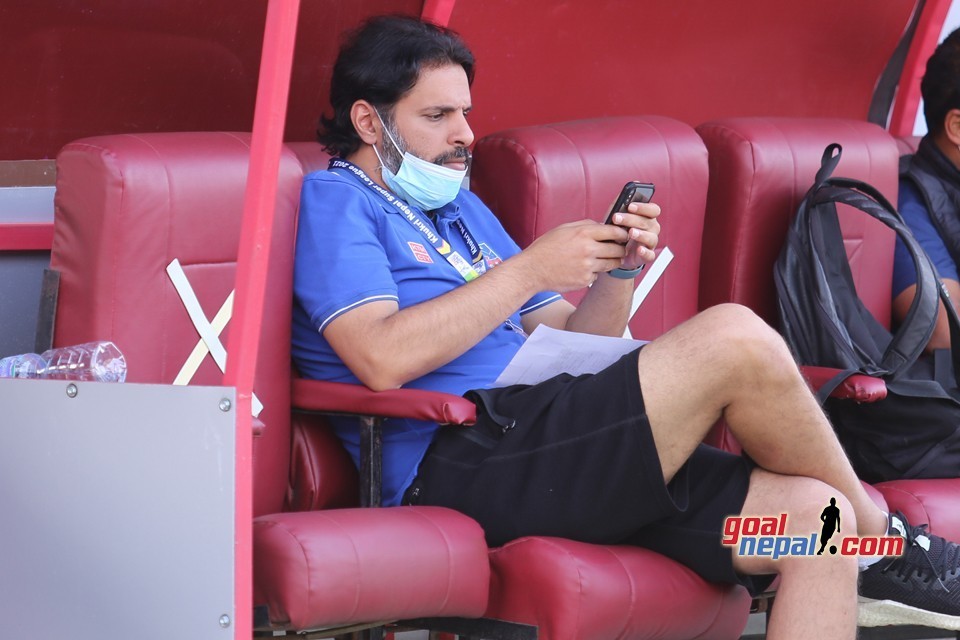 The recent players' walkout from the closed camp for the upcoming Asia Cup final qualifiers is unfortunate and a reflection on the current state of Nepal football.

After Rohit Chand was ordered to leave the closed camp by Kuwaiti Head Coach Abdullah Almutairi things took a turn for the worst.

The players have condemned the unprofessional and unacceptable conduct of the coach and urged All Nepal Football Association(ANFA) to sack him.

The Kuwaiti has been accused of being unbearably high-handed in dealing with players. In addition, he has been criticized for authoritarian leadership style as well.

Chand had demanded the coach for better food and accommodation for players. Without a second thought, the coach unceremoniously ordered him to leave the closed camp.

Absurdity of the coach was on full display when he took similar action against players who discussed the matter with Chand.

It seems obvious that players were/are denied quality food and lodging,which is inconceivable. It is outrageous really.

In my opinion,they did the right thing by speaking out about concerns over inferior quality food and accommodation.

Forget not, a coach is supposed to be a trusted and unifying voice.His responsibilities go beyond the training field.

A good and intelligent coach always focuses on building personal relations with his players in order to connect with them and earn their respect and support.

The importance of a healthy and strong coach-player relationship is fundamental for the success of the team on the field and cannot be stressed more.

However, It requires honesty, tactfulness, and more importantly, effective communication on the coach's part. In fact, it is all about listening and talking to players.

To add, he never ignores players' grievances regardless.He must exercise an open door policy and be open to players’ complaints, concerns and communicate with them.

On the other hand, players must feel that their coach cares about them. The coach must be concerned about the well-being of players and do whatever it takes to address their grievances irrespective.

The Kuwaiti Coach's behavior speaks for itself. He has proven himself to be ignorant, arrogant and very unprofessional. It is very clear that he lacks qualities of a good coach.

Everyone agrees that the management (ANFA) is responsible when it comes to managing proper accommodation and food for players.

This is a case of gross negligence and mismanagement on part of ANFA.They should feel ashamed and embarrassed of themselves.They don't deserve to be in office.

That said, the Kuwaiti should have shown restraint and handled the situation professionally. Instead he chose to retaliate against players in the most egregious manner.

He has presented himself as uncaring, unsupportive, and unwilling to go the extra mile to help players. I view him as a bully who is resolute to have players follow just as he wants it.

He could have taken ANFA’s help to quell the situation.His attitude and conduct is unfortunate and the root cause of the problem.

I don’t see how the Kuwaiti can continue to be the head coach of the national team.

By Sushil Thapa, Fairfax,VA, USA. Note: The opinions expressed in this publication are those of the author. They do not purport to reflect the opinions or views of Biba Media Group.