The qualifiers will be played in Bishkek, Kyrgyzstan from April 1-15, 2022.

The players were selected from recently held National Futsal championship.

According to ANFA, the closed camp will kick off on January 7 in Kathmandu.

The team will set up their camp in Pokhara after first phase in Kathmandu. 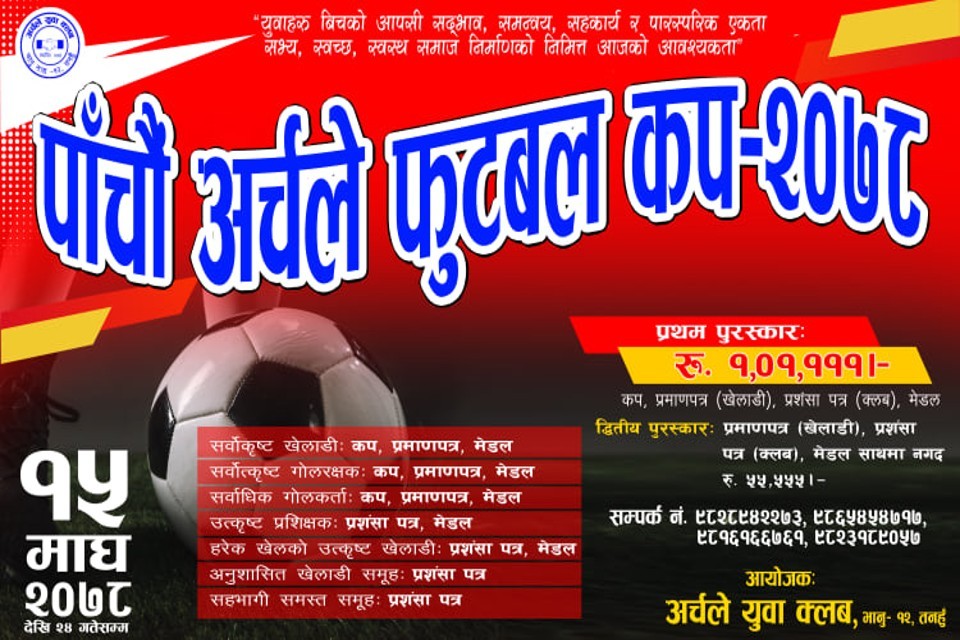