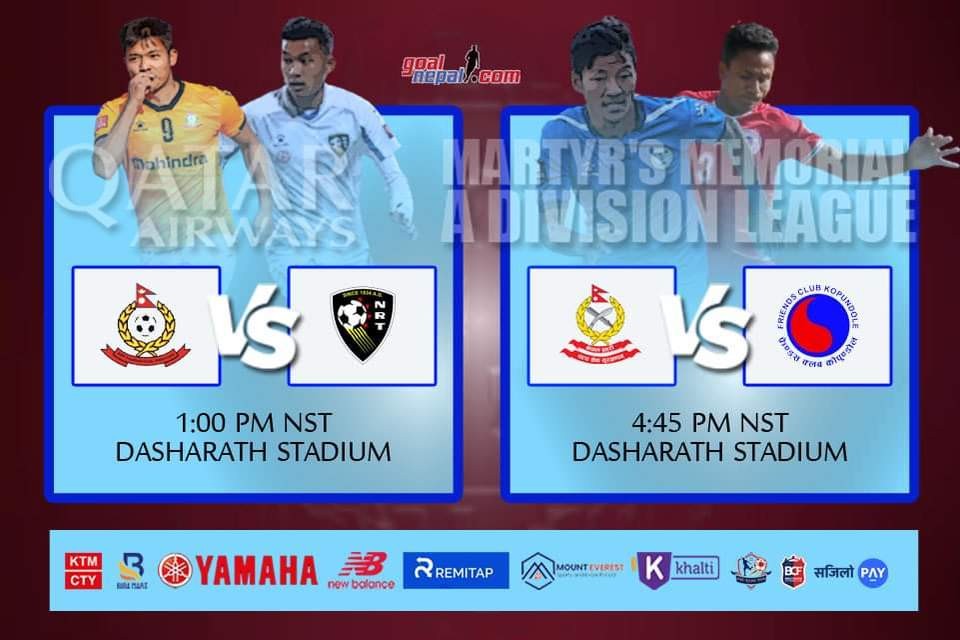 There will be two encounters in the Martyrs' Memorial A Division League.

APF Football Club will face New Road Team (NRT) in the first match. NRT are currently seventh on the table with six points in their bag while APF just came out of the drop zone with a win over Friends in the last match. They're 11th with four points.

In the second match up, Nepal Police Club will face the team at the bottom, Friends Club in the 4:45 PM kick-off. Friends are winless in the league and are last with two points while, Nepal Police Club are 10th with five points. T

Both matches will be played at the Dasharath Stadium in Kathmandu. 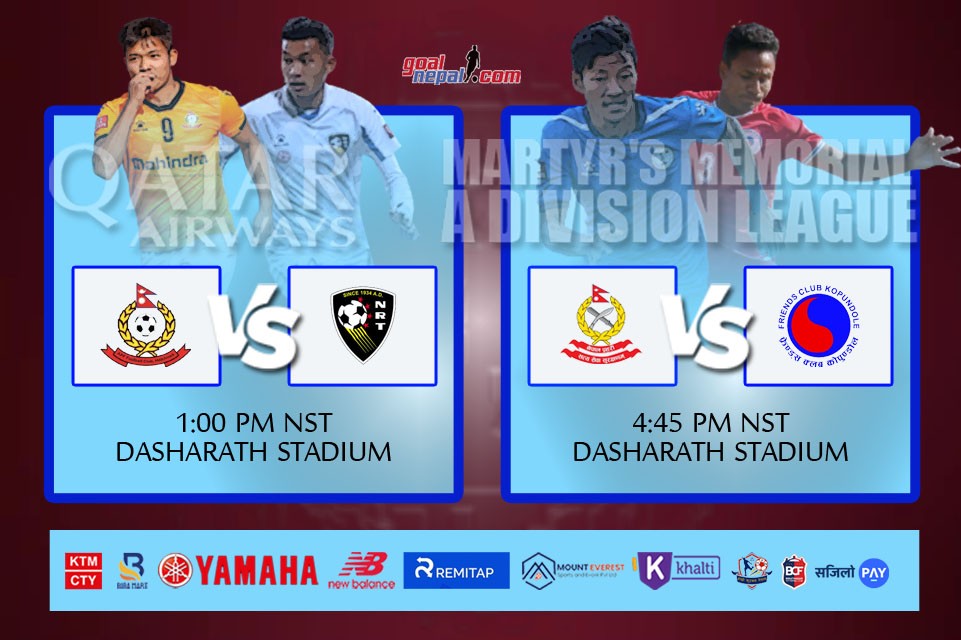