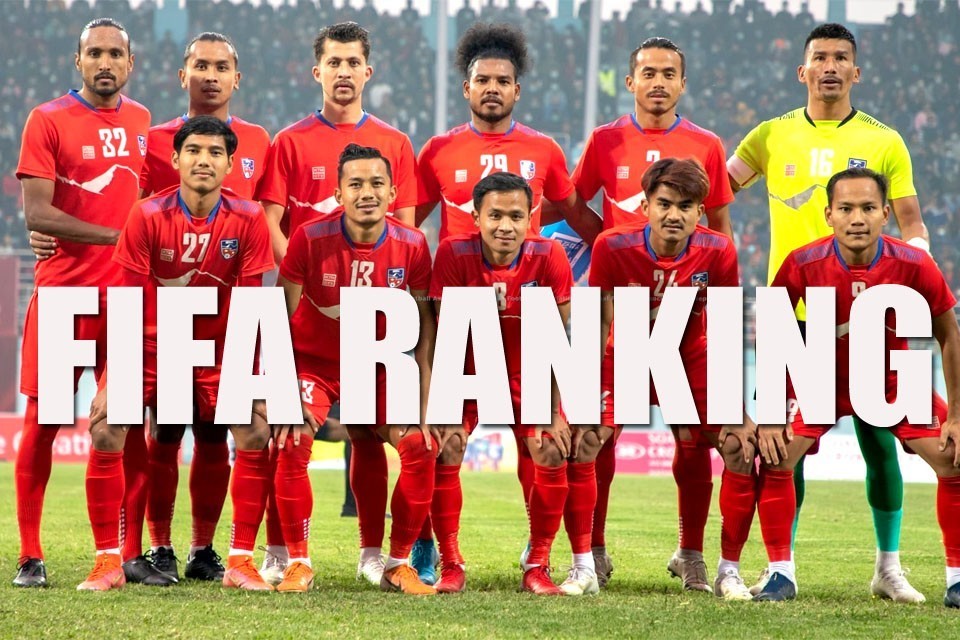 Nepal has remained unchanged in FIFA world ranking for the month of September.

FIFA revealed the ranking on Thursday.

Pakistan are in 198th position and Sri Lanka in 205th position.

Belgium are atop while Brazil in second and England in third position respectively.